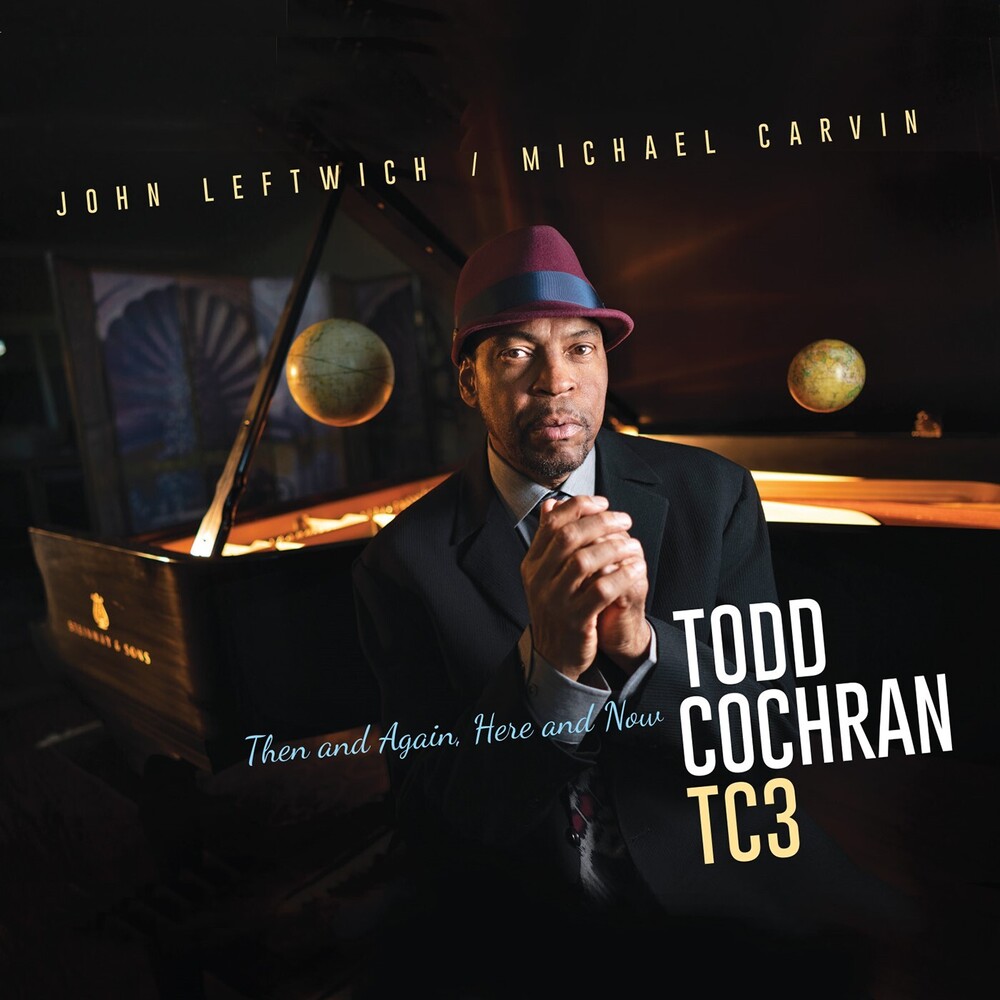 The creation of music as a collective art requires participants who are open and engaged. The essence of ensemble jazz music is the collaboration between elements, including sound and time and the musicians and audience. Pianist/composer Todd Cochran views these interchanges of energy and emotions as positive forces for change in the world. // Cochran's musical interests have always been vast in their outlook, from the avant-garde to fusions of jazz and rock. As Bayeté, his sound can be heard on albums that push the bounds of genre, from Santana and Automatic Man's arena filling rock sounds to the explosively spiritual world of his own records. The element that has never escaped Cochran's work has been the blues esthetic tied to jazz's legacy, which he re-embraces on his new recording, Then and Again, Here & Now. // Growing up, Cochran found a middle ground between the dimensions of the intellectual and spiritual when he discovered jazz music. His parents and grandparents were highly educated and motivated him to become the same. That led to his serious investment in classical piano study; performing and entering competitions as early as when he was just eight years old. The influence of his grandmother's evangelical faith was never far from Cochran's music, as he learned to express a particular mood by playing during church services. // His cousin introduced him to jazz at 13 and Cochran found a parallel, magnetizing pulse. He began to revisit his parents' collection of Oscar Peterson and Ahmad Jamal recordings, transcribing and analyzing them so he could apply their lessons to his own music. It wasn't long before Cochran was reaching out to local jazz leaders. At just 17 years old, he found himself performing alongside the likes of jazz masters John Handy, Mike Nock, Bobby Hutcherson and Rahsaan Roland Kirk. // Though his own music would branch out dramatically from his earliest jazz grounding, Cochran always remained in touch with the blues element of the music. Now after a ten-year hiatus from recording while nurturing his son into adulthood, Cochran has returned to the music that has given him so much joy and that he feels is necessary to reinvest in for the betterment of society. // To assist him in his efforts, Cochran enlisted bassist John Leftwich and drummer Michael Carvin. Leftwich has been an important voice in the West Coast's vibrant music scene for decades and was introduced to Cochran twenty years ago via Freddie Hubbard. The legendary drummer became a part of the pianist's world even earlier through collaborations with Bobby Hutcherson. Together the Todd Cochran Trio is a tremendously vibrant and cerebral ensemble that breathes life into any piece they endeavor to touch. // As musical context changes over time, it is important to revisit compositions that have withstood the times and continue to provide themselves as vehicles for expression. Cochran is fascinated by the idea of reinterpreting standards and the American song book, to investigate the time and climate of their birth and to then reaffirm their greatness by informing them with the developments they have lived through. It is an all-encompassing expression of culture spanning time. // Then and Again, Here & Now presents a collection of these stalwart compositions reimagined by Cochran and his trio. Cochran's philosophy of the development of music through the passing of ideas from generation to generation through evolving syntax can be heard in the approaches that are taken on these pieces. Though experimenting and taking liberties with these classics, the trio remains responsible as keepers of the flame and protectors of the blues vernacular.