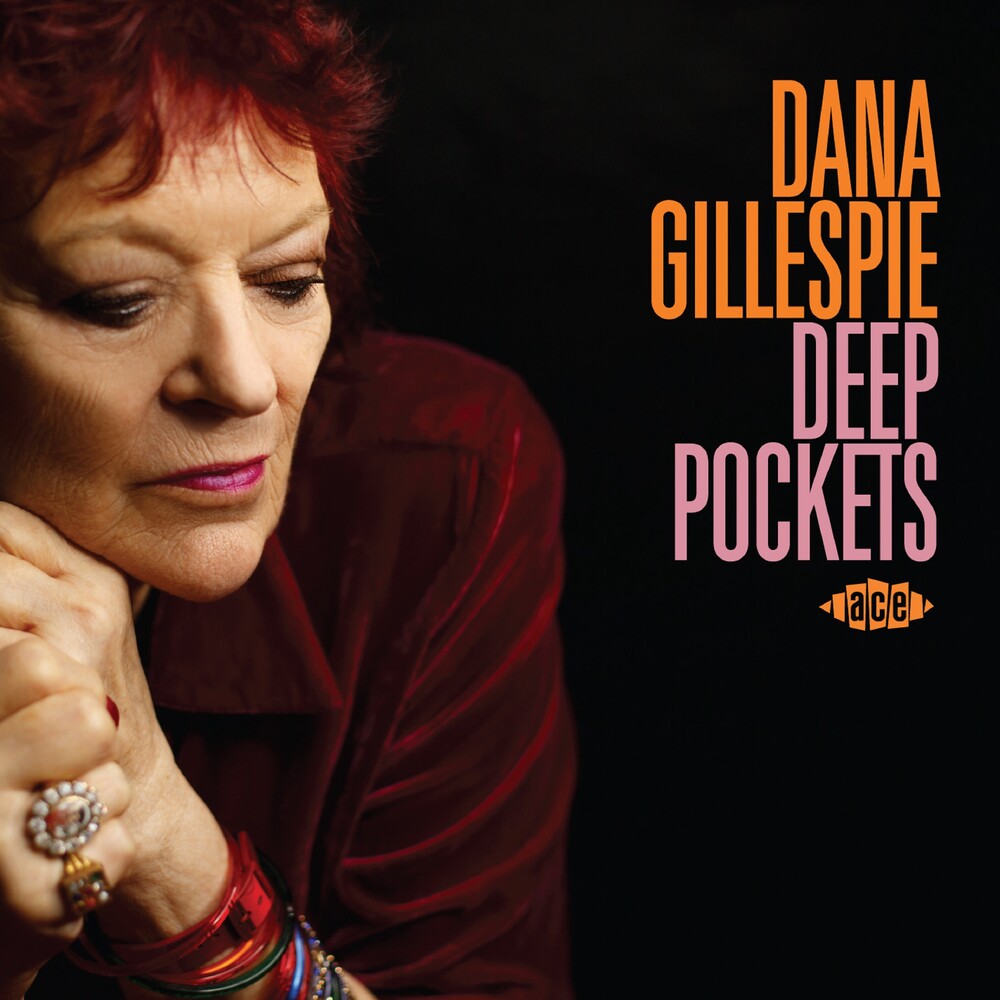 Dana Gillespie's affair with the blues shows not the slightest sign of flagging. Who could have predicted it would be in her sixth decade of music-making that she'd be creating her finest work? So far, 2021 has been a banner year for the 72-year-old personality. It began with the publication of her memoir, Weren't Born A Man. This was followed by a successful YouTube reboot of her popular radio show, Globetrotting With Gillespie. The memoir, co-written with David Shasha, is a full account of Dana's remarkable life, from her folk singles on Pye Records and her late 60s albums for Decca to her pivotal role in the original London cast of Jesus Christ Superstar and her memorable explosion onto the glam scene as part of the Bowie/DeFries/MainMan/RCA empire, her side-sojourns in film, and her long-lasting union with Ace Records as one of the UK's leading blues artists."Deep Pockets", the follow-up to 2019's "Under My Bed", is a collection of 12 Gillespie originals, mostly written with long-standing lead guitarist Jake Zaitz. It is a reflective album, born of Covid lockdown: "The moment the first one happened and everyone was in a state of doom and gloom and nobody went anywhere, I was on my own and began writing lyrics." If ever there were a Gillespie mission statement, it could be encapsulated by 'Beat Of My Own Drum'. "I feel strongly that all through my life I've danced to my own beat," says Dana, "not to some commercial one." Meanwhile, 'The Truth About Lying' is a song she could only have written now. Coming from a new artist, it might simply sound reproving, but from someone who's really lived, it's unequivocal warnings about the corrosive effects of dishonesty are chillingly plausible. Although there are moments that touch on loss, such as the haunting elegy 'Now You're Stardust', the overall guiding spirit of the album could be summarised as 'be happy, play the game', the wisdom of the late Sri Sathya Sai Baba for whose philosophy Dana has long been a worldwide ambassador. This is never more apparent than in the touching song of universal empathy 'We Share The Same Sky'.  "Deep Pockets" has arrived earlier than scheduled. After the first UK lockdown prompted a rush of industry from Dana and an album's worth of songs, she and her band flew off to play the Lugano Blues Festival. With a house on Lake Maggiore at their disposal and no way of knowing when the London studios might reopen or close again, recording impromptu suddenly seemed like a good idea. Everything you hear was captured in that dazzling summer setting over just four days, in either one or two takes; that's why the music has such a distinctive heat, zest and spontaneity. Nothing's been overworked or unduly titivated, and Dana's voice, unerring in it's pitch and as expressive as ever, is just how it sounds in a live show.
This website uses cookies to personalize content and analyse traffic in order to offer you a better experience.
I accept Learn More
back to top