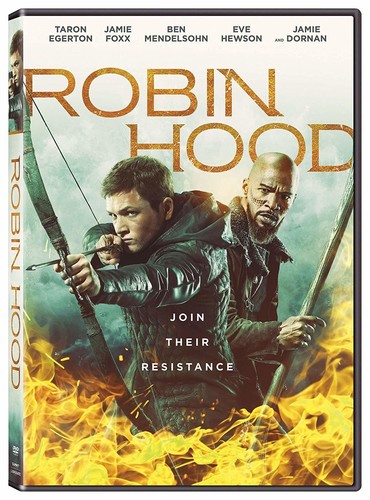 Returning home after fighting in the Crusades, Robin of Loxley (Taron Egerton) is trained by a Moorish soldier (Jamie Foxx) to secretly become an outlaw archer called the Hood. Can he win back fetching ex-love Marian (Eve Hewson) while trying to stop the sinister Sheriff of Nottingham (Ben Mendelsohn) from stealing money from the citizenry in order to fund a war that will allow him to seize the throne of England? Tim Minchin, Jamie Dornan co-star in this action-packed spin on the oft-filmed legend. 116 min. Widescreen; Soundtrack: English Dolby Digital 5.1; Subtitles: English (SDH), Spanish.