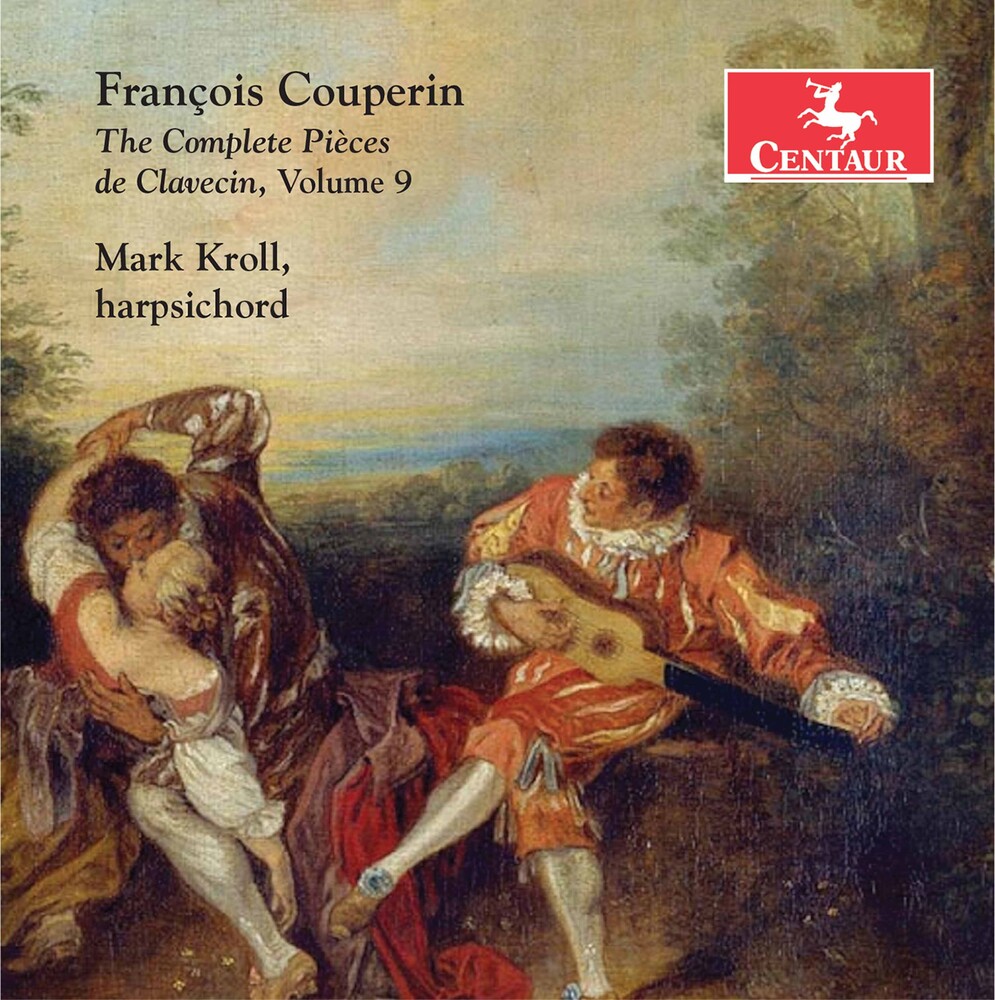 This is volume 9 in Centaur's traversal of the Complete keyboard works of Couperin, performed on harpsichord by Mark Kroll. Mark Kroll has performed Couperin's works throughout his long performing life. He has performed on four continents as a harpsichordist and fortepianist, in both solo recital and as a collaborative chamber musician. Highlights include an appearance as the official guest of the city of Barcelona; featured soloist in Germany's Regensburg Early Music Festival, France's Festival Ambronay and the Bordeaux Hummel Festival; performances and lectures in Beijing and Shanghai; two concerts for the Czech Republic's Prague Spring Festival; and recitals at Lisbon's Gulbenkian Foundation, Rome's Conservatorio Santa Caecilia and Associazione Musicale Romana, Poland's Dni Bachowski, and Slovenija's Radovljica Festival. Mark Kroll has been one of the few harpsichordists to devote a significant part of his career to the contemporary literature for the instrument. He has commissioned and premiered a large number of works, and released several recordings of this repertoire.