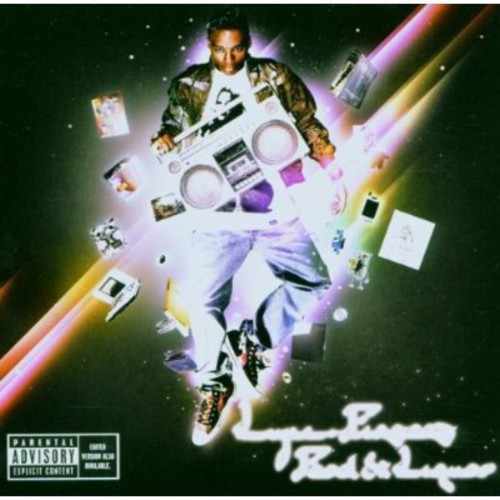 With Food&Liquor, Lupe Fiasco sets no boundaries for himself as he creates a revolutionary brand of alternative hip-hop in which he shares his mind through original storytelling techniques. He takes hip-hop off the streets and onto the half pipe, off the streets and into the sneaker shops.

The first international single off the album was "Kick, Push". The song stated Fiasco's love for skateboarding. The second single in Europe was "Daydreamin'" (featuring Jill Scott) which features a sample of I Monster's cover of "Daydream in Blue." The second single in the U.S. (and the third international single) was "I Gotcha" which is produced by The Neptunes. The song's video was featured on MTV's "Making the Video." Fiasco held a poll on his MySpace profile, where fans were able to vote for which song they wanted to be made into a music video.

You maybe know the Chicago rapper from his guest turn on Kanye's "Touch the Sky." West produces here, as do fellow rap-nerds Mike Shinoda and Pharrell Williams.