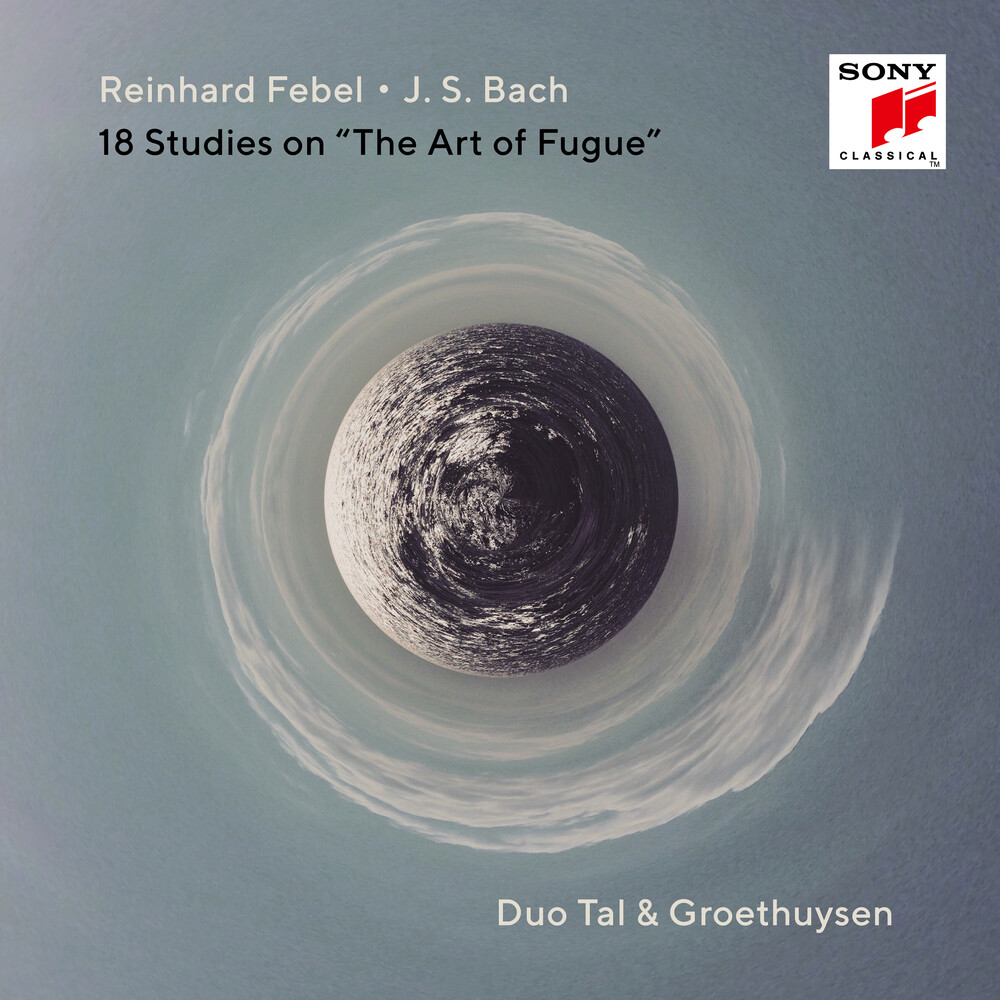 With it's fourteen fugues and four canons, all of which are derived from the same thematic germ cell, J. S. Bach's "The Art of Fugue" contains within it a veritable cornucopia of constructional variants. In his own Studies, Reinhard Febel takes apart the constituent elements of Bach's work and reassembles them in completely new ways, occasionally opening up the musical material and allowing it to range over the entire keyboard. With their refined and extremely complex "manipulations", these Studies produce a brilliant and occasionally even dramatically expressive undertow. They were commissioned by the Duo Tal & Groethuysen, who have now recorded them for the present world-premiere release. In composing the fugues and canons that make up "The Art of Fugue", Bach was presumably thinking of the sound world of a keyboard instrument, although he never specified this unambiguously. As a result, this has legitimized a whole range of disparate versions for different combinations of instruments. Yaara Tal and Andreas Groethuysen - both of them well known as outstanding pianists - were drawn to the idea of interpreting the work as a piano duet. The term "study" stresses the idea of exploring and experimenting with different compositional possibilities and in that way finds it's counterpart in Bach's conception of the word "contrapunctus". The Art of Fugue was not primarily intended for performance but was designed as a compendium of the possibilities of contrapuntal composition at a time when the golden age of this art already lay in the past. Yet Alban Berg was only one of many commentators to observe that a work regarded by many as based on pure mathematics has a uniquely profound musical depth to it. Bach maintains an impressive balance between academically abstract composition and the art of sensual expression. And the same is true for Febel's Studies.