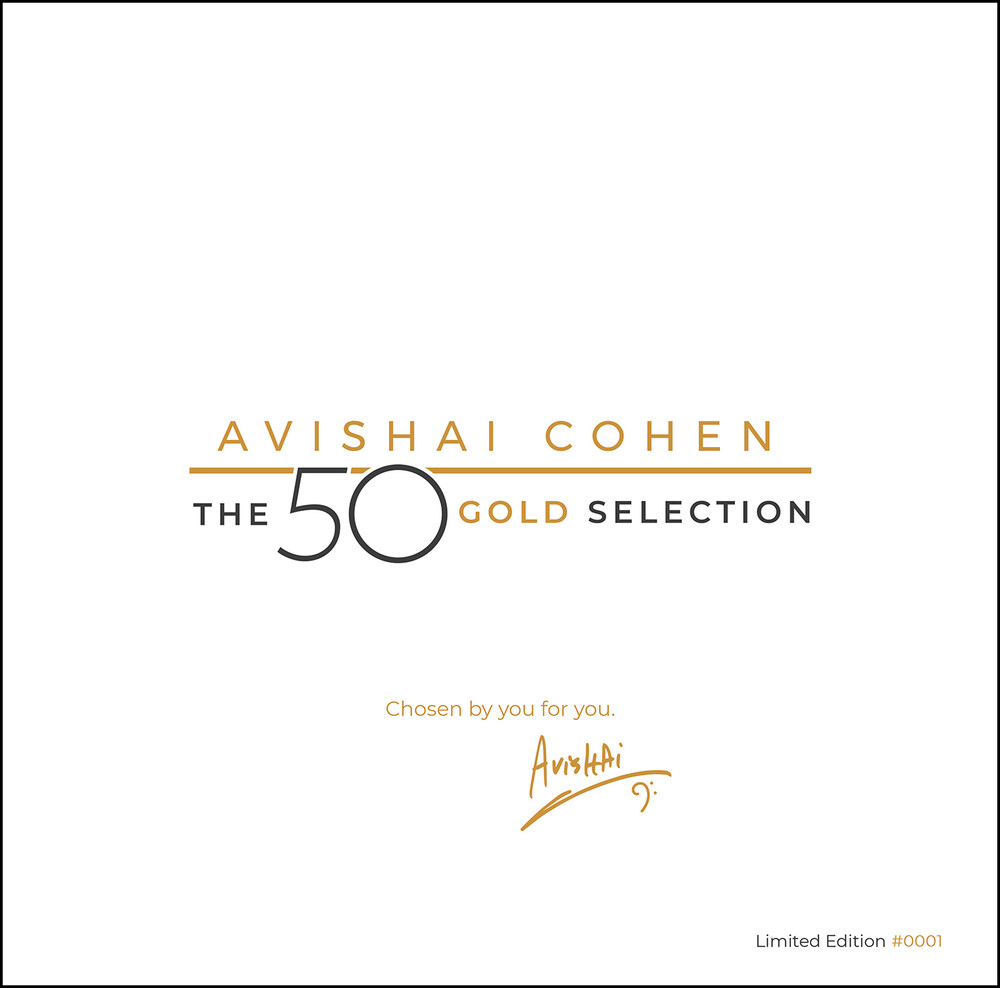 On the occasion of his 50th anniversary, Avishaï Cohen offers a sumptuous present: 50 titles selected by his fans in a luxurious box set including 6 golden 180g vinyls. Deluxe edition limited and numbered to 2.000 copies worldwide! Each title has been commented by Avisaï Cohen in a beautiful 32-page hardcover book. Avishai Cohen, born in Kabri, Israel on April 20th, 1970, grew up in a multicultural family whose roots were found in Spain, Greece and Poland. At home, music was always in the air, with his mother Ora, an artistic influence, listening to both classical and traditional music. Avishai's musical journey began when he was nine years old, when he began playing the piano. After moving to St. Louis, Missouri with his family at age fourteen, he continued to study the piano and began to play the bass guitar. The electric bass put a spell on him when his teacher introduced him to the music of luminary bassist Jaco Pastorius. Back in Israel, Avishai joined the Music and Arts Academy in Jerusalem to further explore the bass universe.