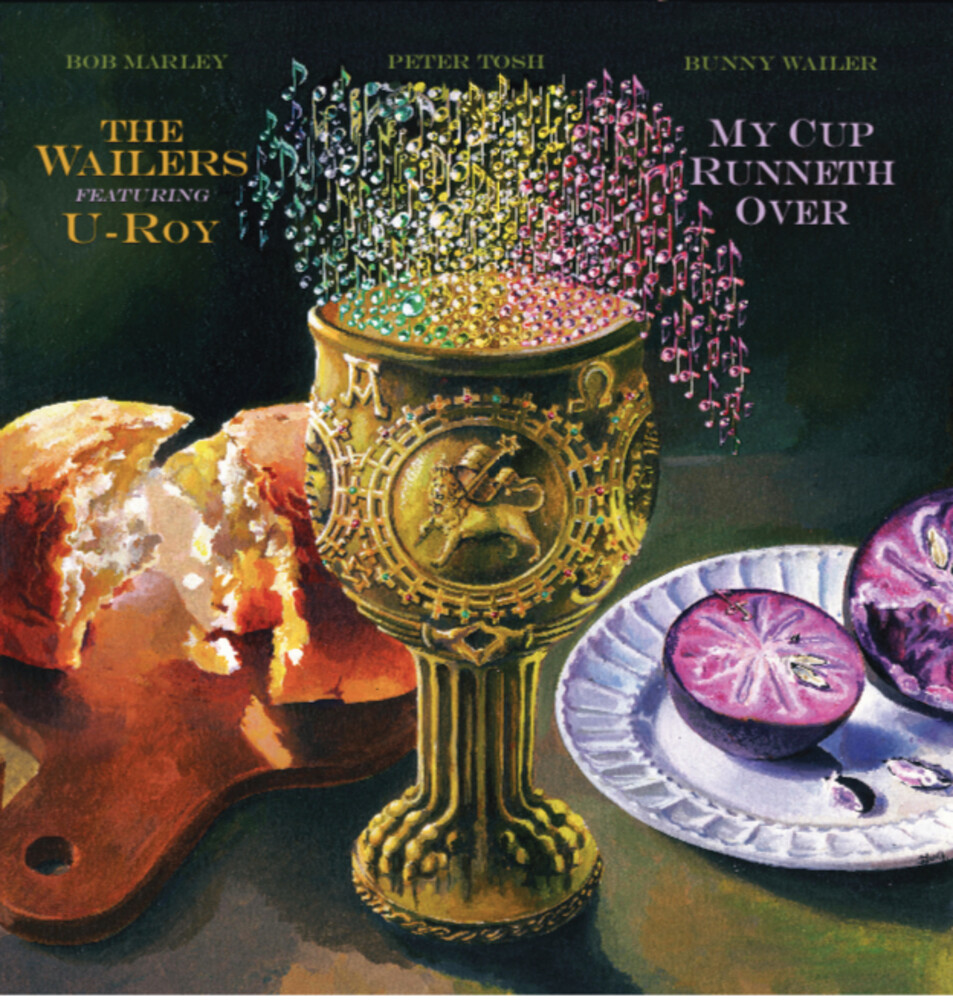 My Cup Runneth Over
Artist: Wailers / U-Roy
Format: Vinyl
New: Unavailable to be purchased or ordered at this time
Wish

In 1976, U Roy was the new attraction in Jamaican music. With his first hit Wake the Town six years earlier, he had imposed a new style on the Kingston sound systems, which consisted of taking up local hits by speaking in "voice over" around the choruses. That year he took on the Wailers' Soul Rebel, which he transformed into the Natty Rebel, which would become his absolute hit until today. Fifty years later, U Roy, who is approaching 80, delivers an entire album around the Wailers discography. A project initiated by the American producer Gary Himelfarb under the alias Doctor Dread, who arrived in Jamaica in 1977 and who signed the biggest names of the time on his label RAS Records, from Black Uhuru to Jimmy Cliff via Bunny Wailer, Inner Circle or Gregory Isaacs.In the fold of Sanctuary Records, which also owns reggae reissue giant Trojan Records, Doctor Dread obtained permission to use the Wailers tracks recorded by Lee Perry in the early 1970s. He then locked himself in a Kingston studio with U Roy, who recorded 14 songs in four hours (!), Freestyled as in the great times. Bunny Wailer, the last survivor of the original trio, was also present to witness this historic session, which pits two icons of Jamaican reggae from the '70s against each other.