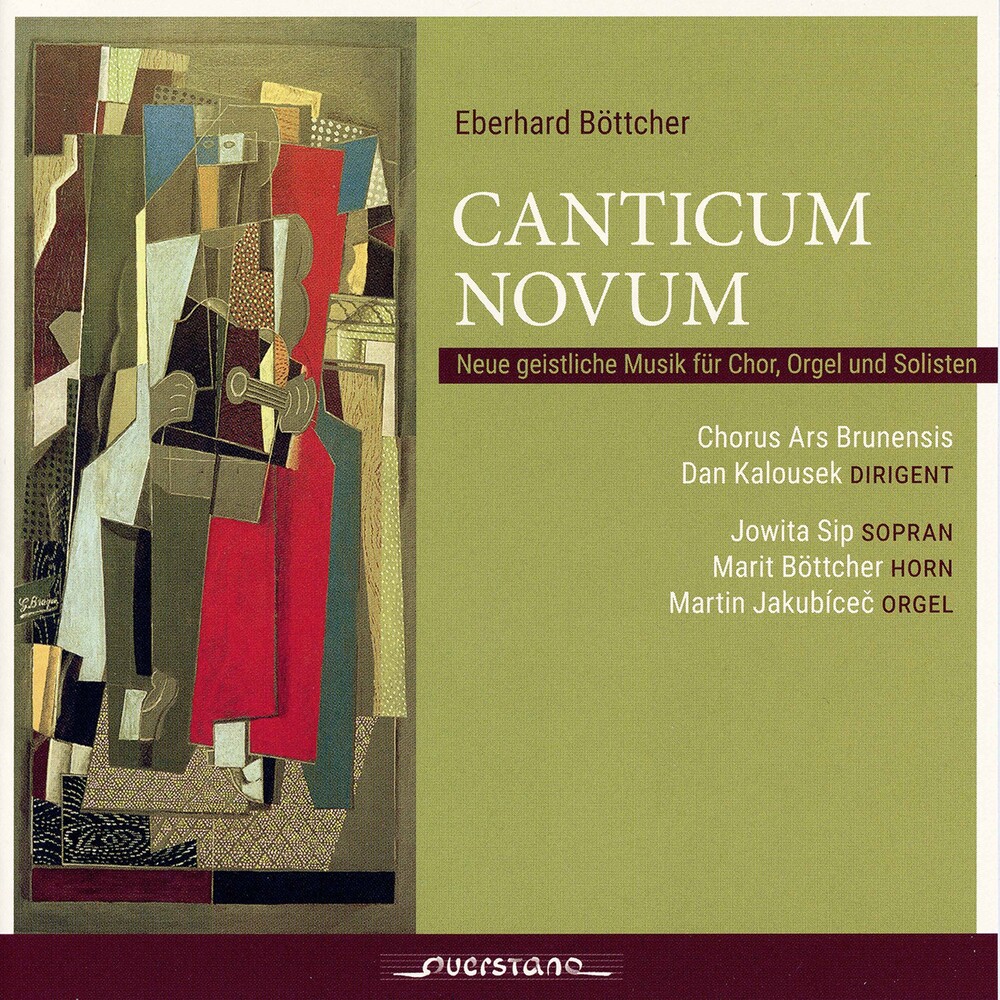 During the last two decades, several releases with works by the composer Eberhard Böttcher have been released on querstand label. The program of the most recent album "Canticum Novum" opens with the Latin Mass for Choir and Organ. "Missa Reservata" is a term from the 15th century that describes a special kind of expressive vocal polyphony. The six traditional parts of the mass, Kyrie - Gloria - Credo - Sanctus - Benedictus - Agnus Dei, are contrasted according to their respective content and are rendered with personal expression. Following this is the soloistic part of the program, featuring the "Vier Festtagschoräle" (Four Festival Chorales) as well as the "Zwei geistliche Gesänge" (Two Sacred Songs) based on texts by Reinhild Traitler and Heinrich Heine, all set for soprano, horn, and organ. The individually interpreted pieces "Maria und der Engel" (Mary and the Angel) and "Die Heiligen Drei Könige" (The Three Holy Kings) are punctuated by the choral movement "Vom Himmel hoch" (From Heaven Above). The final part of the program - again set for choir and organ - includes two motets: "Pater noster" (Our Father) and "Befiehl dem Herrn deine Wege" (Commit thy way unto the Lord) based on Psalm 37 of the Bible. In between are two traditional chorale movements: "Ein feste Burg" (A mighty fortress) and "Ach bleib mit deiner Gnade" (Abide, O dearest Jesus) both in new musical settings. Using a consistently new tonal structure, the Berlin-born composer who now lives in Norway has tried to give the old texts and pieces a musical expression that unites the works on this recording.