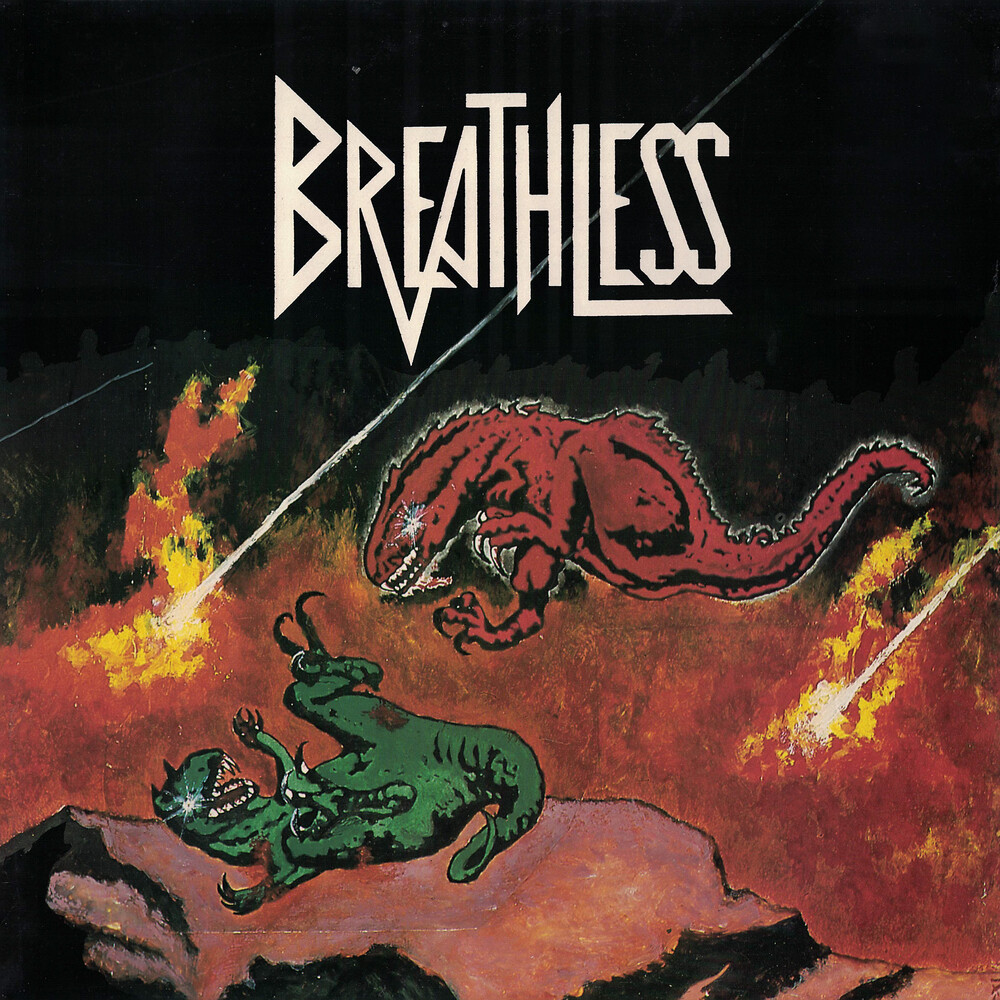 BREATHLESS' sadly only album from 1985 is pure metal magic: unhinged, unselfconscious, and unlike most of their Belgian contemporaries. Neither strictly traditional metal nor speed metal nor hard rock nor latent NWOBHM, Breathless was a blender of all the tastes of the time, and it's indeed-breathless rush was sublime in it's sheer energy and electricity.
back to top