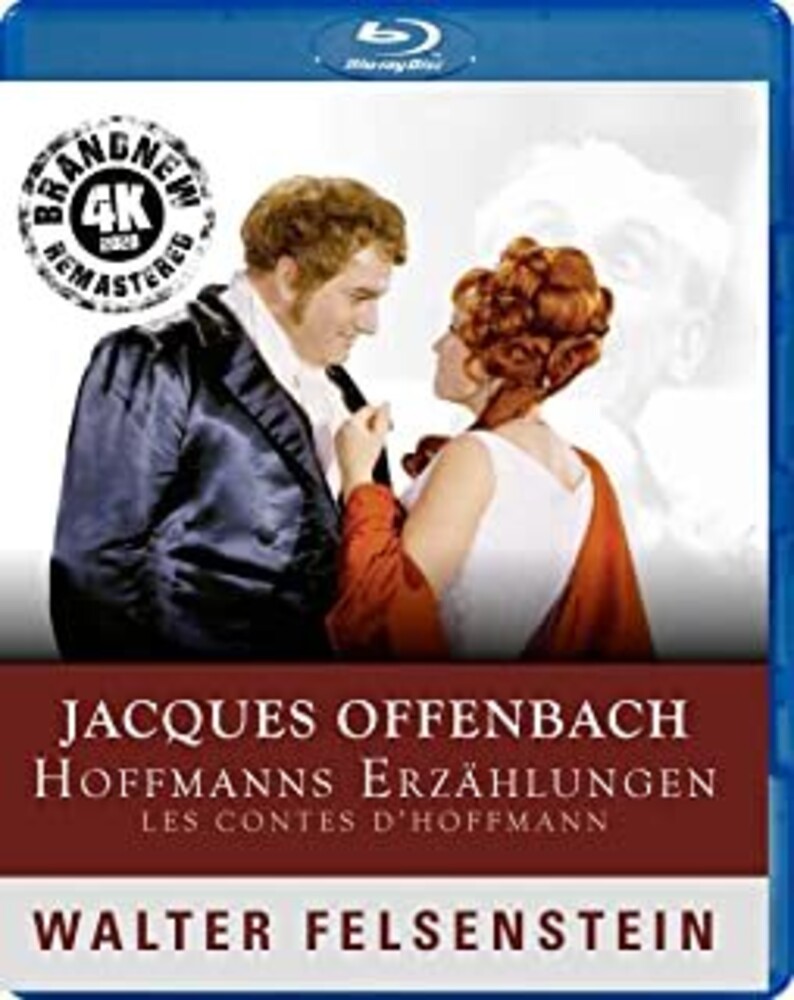 Hoffmanns Erzaahlungen
Format: Blu-Ray
New: Unavailable to be purchased or ordered at this time
Wish

Jacques Offenbach's Les Contes d'Hoffmann, opéra fantastique, is an unfinished work. When Felsenstein decided to produce Hoffmann, there was little source material to go on. However, not even he could have guessed that preparatory work on that opera would take over a year. He asked the Bibliothèque Nationale in Paris to prepare copies of the original piano score of the first performance, the libretto from the first performance by Jules Barbier (Calmann-Lévy Éditeurs) and the five-act play of the same name, a drame fantastique, by Jules Barbier and Michel Carré. Using this material as a starting point, Felsenstein created his own German five-act version based on the five-act play - the work he considered closest to Offenbach's intentions.