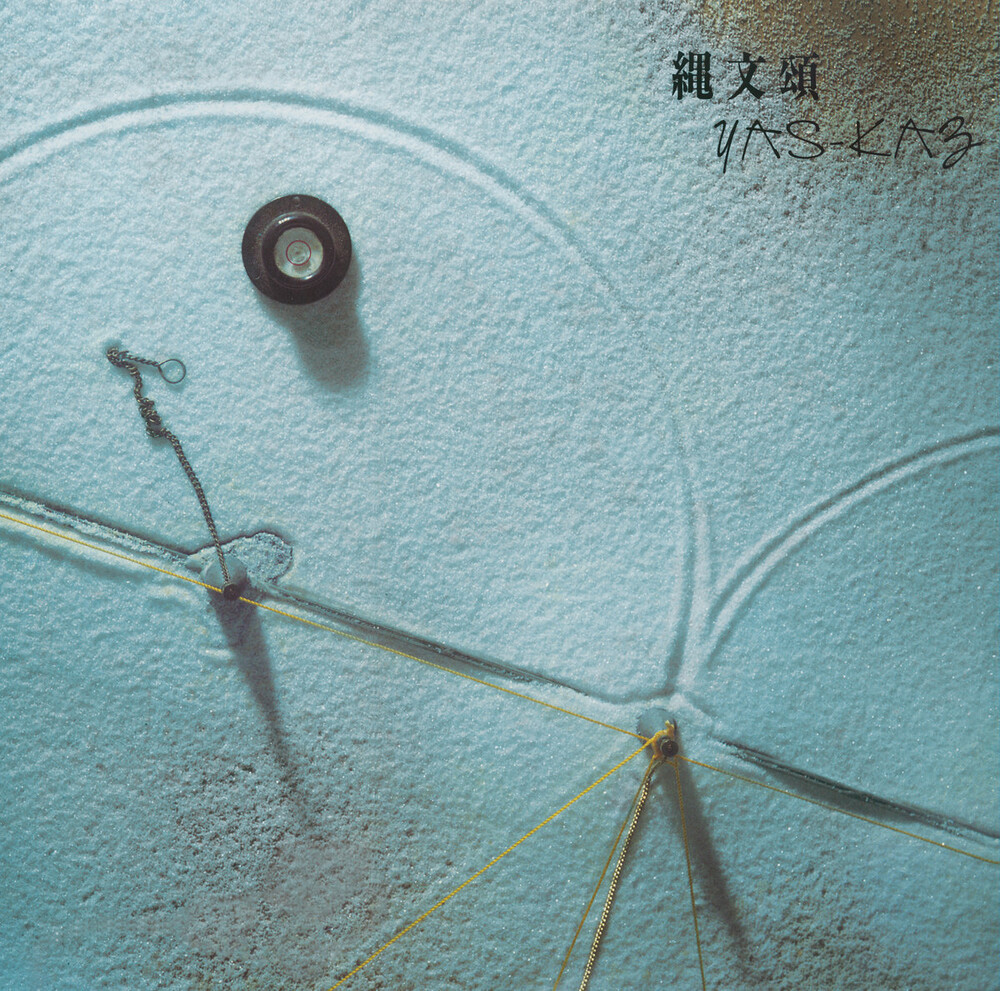 Jomon-Sho
Artist: Yas-Kaz
Format: Vinyl
New: Unavailable to be purchased or ordered at this time
Wish

DISC: 1
1. Prelude - the Gate of Breathing
2. Jungle Book
3. Bow Shaped Moon
4. The Magical Stones ; the Double Mirrors + the Wave of Breathing
5. Windscape
6. Bone Knife
7. Relation Between Bisons
8. Bananas and Rods - the Previous Night
9. Warriors
10. The Earring of the Dancers
11. Respite of the Bows ; Arrows
12. Finale - Calendar

Glossy Mistakes present a reissue of YAS-KAZ's Jomon-Sho, originally released in 1985. Peaceful, percussive, and idyllic new age from Japanese composer and student of gamelan music, YAS-KAZ. This seminal album is a cornerstone to understanding the Japanese ambient and environmental movement. He rose to musical prominence composing for the dance troupe led by one of the founders of Butoh, Tatsumi Hijikata. The album features a wide range of entirely acoustic instruments and field recordings and was made for stage performance by Sankai Juku Butoh Group at Theatre de la Ville, Paris. YAS-KAZ has influenced quite a few important artists (Ryuichi Sakamoto, Midori Takada, Geino Yamashiro-Gumi) over four decades. However, he remains somewhat 'unsung': Glossy Mistakes unveils his art throughout this special edition. His composition/music is not focused on any specific genre/style of music either. Especially in his work for dance theatre he often delivers bare abstract sound/resonance which might not be recognized as 'musical' from the Western perspective. He lived in Bali, Indonesia in the '70s introducing the gamelan Balinese sounds and culture to Ryuichi Sakamoto (collaborated in the album Esperanto), Midori Takada, Shoji Yamashiro (leader of Geino Yamashiro-Gumi who later created the soundtrack for Akira) among others. A unique and unseen masterpiece unveiled again throughout a remastered edition.