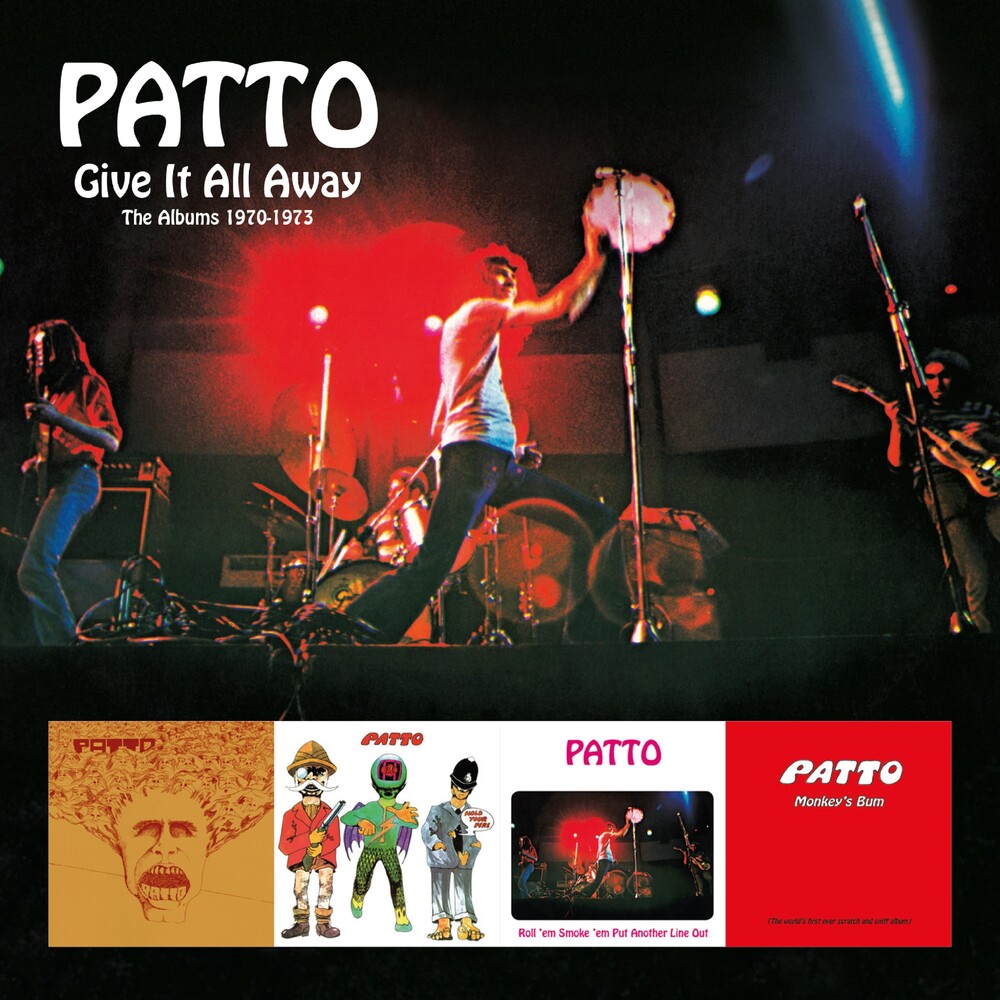 Esoteric Recordings is pleased to announce the release of Give it All Away - The Albums 1970 -1973, a re-mastered four-disc clamshell box set of the four albums recorded by the legendary band PATTO between 1970 and 1973; Patto, Hold Your Fire, Roll 'Em, Smoke 'Em, Put Another Line Out and Monkey's Bum. One of the truly great bands of the early 1970s, PATTO featured a line-up comprising Mike Patto (vocals), Ollie Halsall (guitar, vibes, keyboards, vocals), Clive Griffiths (bass) and John Halsey (drums). The band arose from the ashes of the group Timebox and were graced by the presence of the stunning guitar playing of Ollie Halsall and a highly original and unique musical style that set them aside from their Progressive Rock contemporaries of the era. This, the band's self-titled debut album, was released in 1970 under a licensing agreement with Vertigo Records and featured classic tracks such as 'The Man', 'San Antone' and 'Government Man'. Their 1971 follow up, Hold Your Fire was perhaps their most fully realised and acclaimed work thanks to outstanding compositions such as 'You, You Point Your Finger', 'Hold Your Fire' and 'Air Raid Shelter'Departing Vertigo in 1972, PATTO recorded the album Roll 'Em, Smoke 'Em, Put Another Line Out. Alas, despite receiving critical acclaim for their live appearances and recorded work, the release failed to make any sales impact. The band entered the studio in the spring of 1973 to record their final work, Monkey's Bum. Sadly, the album failed to gain an official release upon completion and was consigned to the vaults. A rough mix of the album was bootlegged several times over the ensuing years before Monkey's Bum finally received an official release in 2017. Give it All Away - The Albums 1970 -1973 is a fine collection of music, by an unfairly overlooked band, and this esteemed legacy - from one of Britain's most genuine and original bands - will go some way to rectify their status in Rock history