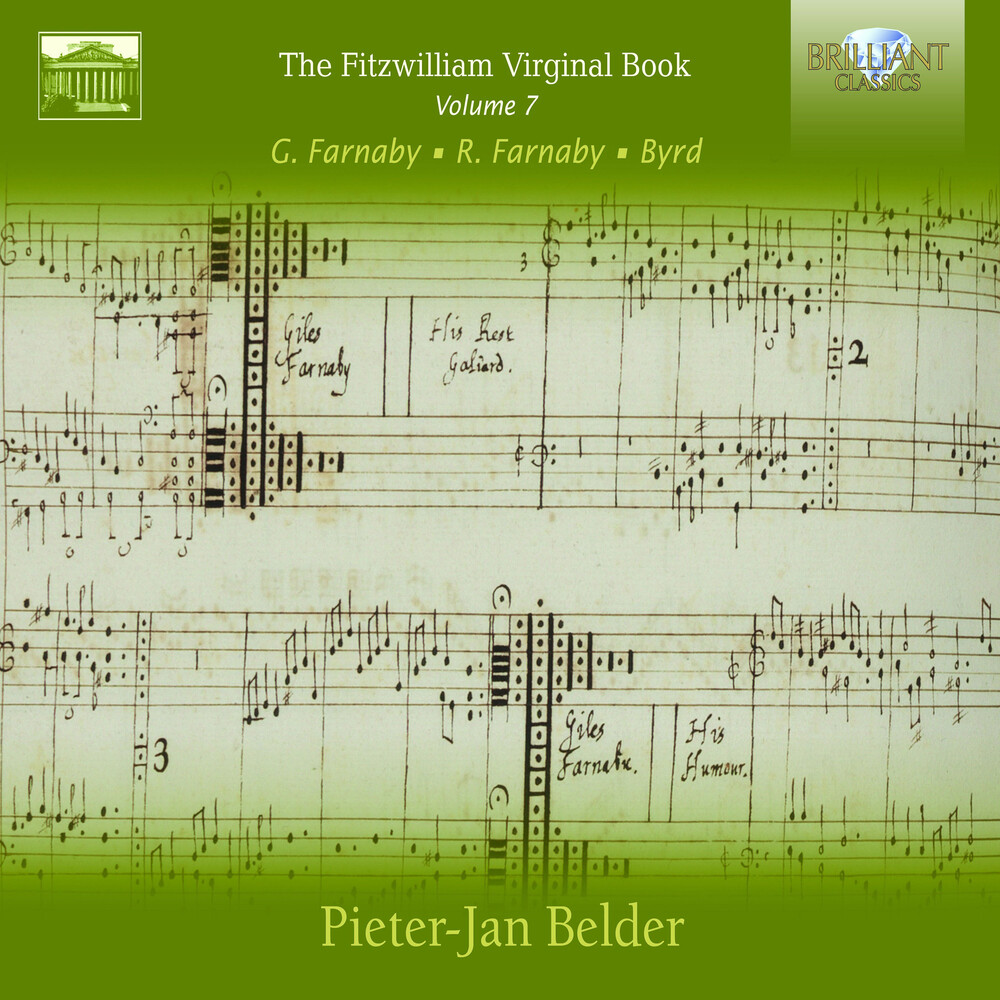 Now into it's seventh volume, Pieter-Jan Belder's series continues to uncover more works from the Fitzwilliam Virginal Book. In this volume he turns his attention to the works of father and son Giles and Richard Farnaby, William Byrd, and selected anonymous works. The book and it's manuscripts provide us with an insight into Elizabethan and early Jacobean socio-cultural life. After the dissolution of the monasteries in 1536 by Henry VIII followed by Mary Tudor's blood-soaked crackdown, it was clear that being a Protestant in Tudor England was risky business. Once Queen Elizabeth took the throne in 1558, she established a moderate form of Protestantism and halted the campaign of religious persecution. But the damage was already done, and many composers decided to steer clear of religion altogether and focus their efforts on secular music. The Fitzwilliam Virginal Book is a vital record of such works. Compiled in the late 1700s, the book today resides in a dedicated museum in Cambridge. The first section of this release surveys Giles Farnaby's musical output. Bony Sweet Robin is a setting of a popular Renaissance tune and Sir Walter Raleigh once in a letter to Robert Dudley, 1st Earl of Leicester wrote that Dudley was in the Queen's favor, describing him as 'her Sweet Robin'. This graceful arrangement is Continental in it's nature and similar to the Italian madrigal, with a conjunct and cantabile melody line and through-composed structure. As for Richard Farnaby, the four pieces recorded here are all that survives of his output. Nobodyes jig is his best-known work; a playful dance which requires a skilled performer to successfully execute the fast-paced polyphonic music. The final part features works by Byrd as well as anonymous works including almans, pavans, and keyboard arrangements of lute pieces and popular ballads.