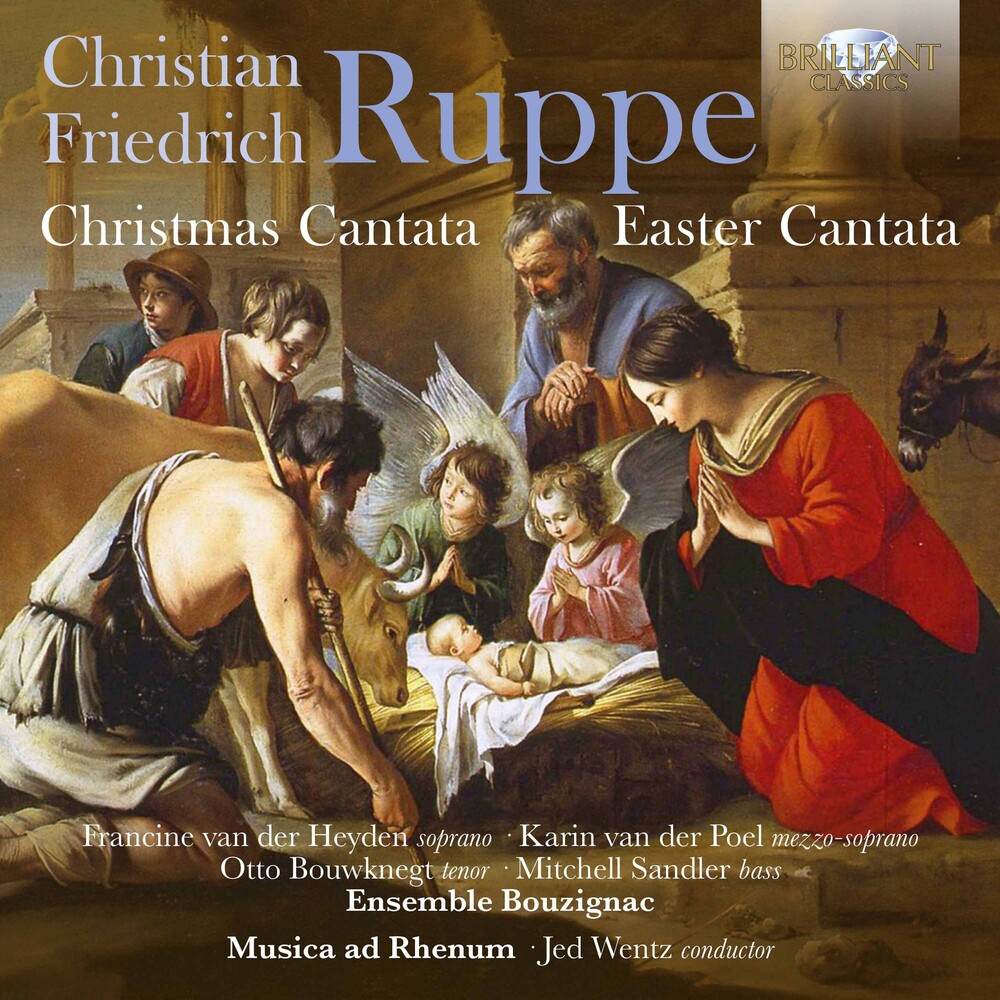 The German-born Christian Friedrich Ruppe (1753-1826) made his career in the Dutch city of Leiden, where he had originally arrived in 1773 as a student of mathematics and literature. In 1784 he married Christina Chalon (1748-1808), the daughter of the lead violinist the of the Nederlands Theater in Amsterdam. In 1890 he was appointed as music director of the city's renowned and ancient university, and from 1802 he taught theory of music there, having in 1788 become organist of the city's principal Lutheran Church. In 1796 an orphanage choir was founded in Leiden on Ruppe's initiative, consisting of girls and boys from the Holy Spirit or Poor Orphanage and Children's Home near the church. During the following church year he then composed a pair of cantatas on anonymous Dutch texts, designed for the orphanage choir. Despite their musical richness and evident beauties, the scores remained in the archives of the orphanage, only to be rediscovered in 1987. Two centuries after their first performance, they received the recordings reissued here by an accomplished team of experienced Dutch early-music performers. While comparing the cantatas to the music written by Handel for the Foundling Hospital would not flatter Ruppe, his music nonetheless exhibits many charms of it's own: unfailingly graceful phrasing, for one, fresh melodic charm and sympathetic writing for voices. There appears to be a clear Haydnesque imprint to both works, but operatic models are more evident in the sinfonia that opens the Christmas Cantata as well as the style of the dramatic recitatives which move along each development of the familiar story. The work concludes with a trumpet-and-drum chorus in the style of oratorios such as Messiah and The Creation, rising to the grand harmonization of an Easter chorale designed for singing by the choir and entire congregation.