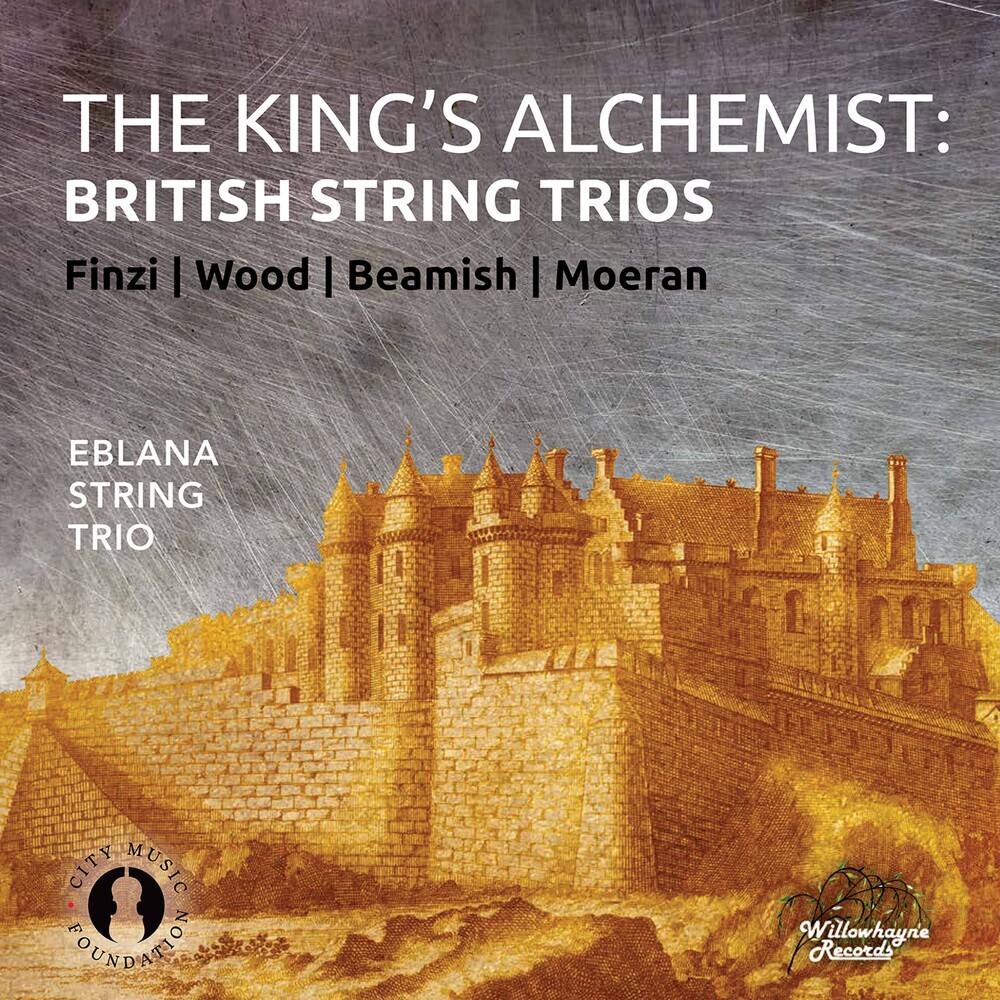 Featuring world premiere recordings of trios by Sally Beamish and Hugh Wood bookended by seldom heard works by Moeran and Finzi, The King's Alchemist showcases the sheer wealth of string trio repertoire by British composers. Although diverse in style and substance, the four works are bound together by the common strands of vivid storytelling and a shared musical language. Finzi's Prelude and Fugue - the composer's only piece of chamber music for strings alone - was composed in 1938 and conceived as a tribute to the renowned teacher R.O. Morris, with whom Finzi studied 16th century counterpoint. It is recorded here by the Eblana String Trio for only the second time, following it's premiere LP recording in 1983. Ithaka by Hugh Wood is described by the composer himself as a 'sort of mini-symphonic poem'. This one-movement work takes it's inspiration from Cavafy's meditation on Ulysses' homeward voyage, and vibrantly depicts the adventures, discoveries, and dangers encountered along the way. Sally Beamish's The King's Alchemist is similarly programmatic music, reflecting aspects of the extraordinary story of John Damian, a European alchemist who resided at the court of King James IV in the early 16th century. The album concludes with Moeran's String Trio, written in 1931 and deservedly counted amongst his finest works. Since it's formation in 2006, the Eblana String Trio has given countless performances throughout the UK and beyond, winning praise from audiences and critics alike for their powerful interpretations of this often-neglected repertoire.