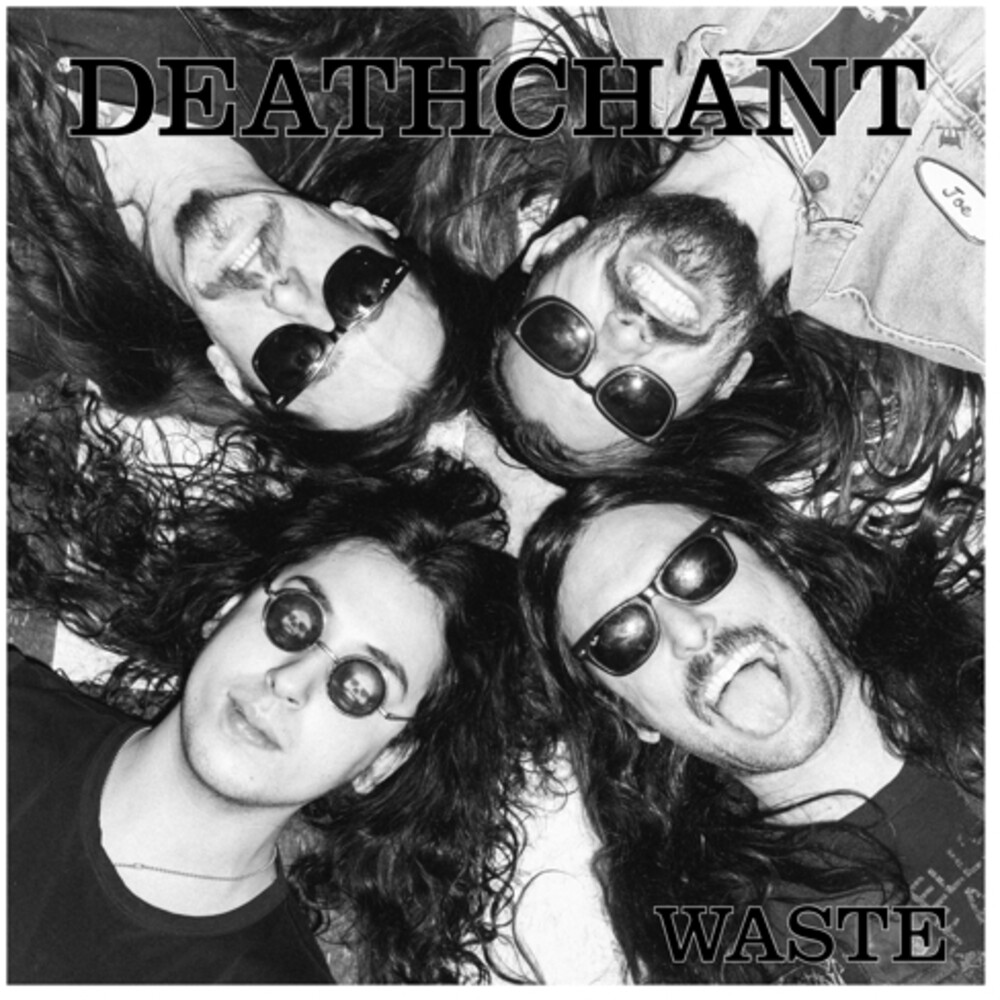 Heavy music's evolution has always been a murky swamp of sub-genres. So, combining Thin Lizzy's glistening twin guitar harmonies with Melvins-grade sludge and a hearty dose of proto-metal psych probably shouldn't sound so revolutionary as it does in the hands of L.A. quartet Deathchant. But theirs is a special, transcendent sound.Waste, the band's sophomore album and first for Riding Easy Records, is anything but. The thirty three-minute, seven-song blast flows seamlessly from song to song, aided by droning segues, while simultaneously slithering between genres and moods. Rumbling noise, chiming guitar melodies, bluesy boogie, NWOBHM thrash, COC grunge and punk fury all rear their head at times, sometimes all at once.Though one wouldn't be able to tell by the concise structures and well-crafted songs, a lot of Deathchant's music is improvised, both in the studio and live. That's not to suggest their songs are jammy- they're very tightly organized compositions. But the four musicians have that special musical telepathy that allows them to keep the song structures open-ended."Improv is a huge things for us and always has been," singer / guitarist T.J. Lemieux says. "The musical freedom to look at the other dudes in the band and be able to take things wherever we want to go is magical. I like the feel of flying off the hinges."Likewise, the band itself is similarly amorphous in it's membership. "We run the band with an open door. No lineup is definitive," Lemieux explains. On Waste, the lineup is: Lemieux, George Camacho on bass, Colin Fahrner on drums, and John Belino on second guitar.Waste was recorded live in a rented cabin in the mountains of Big Bear, CA. "We packed a big-ass van and set up in the living room and kitchen," Lemieux says. "Tracked it live, with overdubs after." The whole album was recorded over two separate weekends, engineered by Steve Schroeder, who also recorded the band's 2019 self-titled debut album."I'd say it has sort of a DIY LA punk aesthetic," he adds. "Very ironically going hand in hand with a classic metal vibe: Thin Lizzy, Judas Priest, classic Deep Purple, Uriah Heep and other melodic heavy rock bands."
This website uses cookies to personalize content and analyse traffic in order to offer you a better experience.
I accept Learn More
back to top