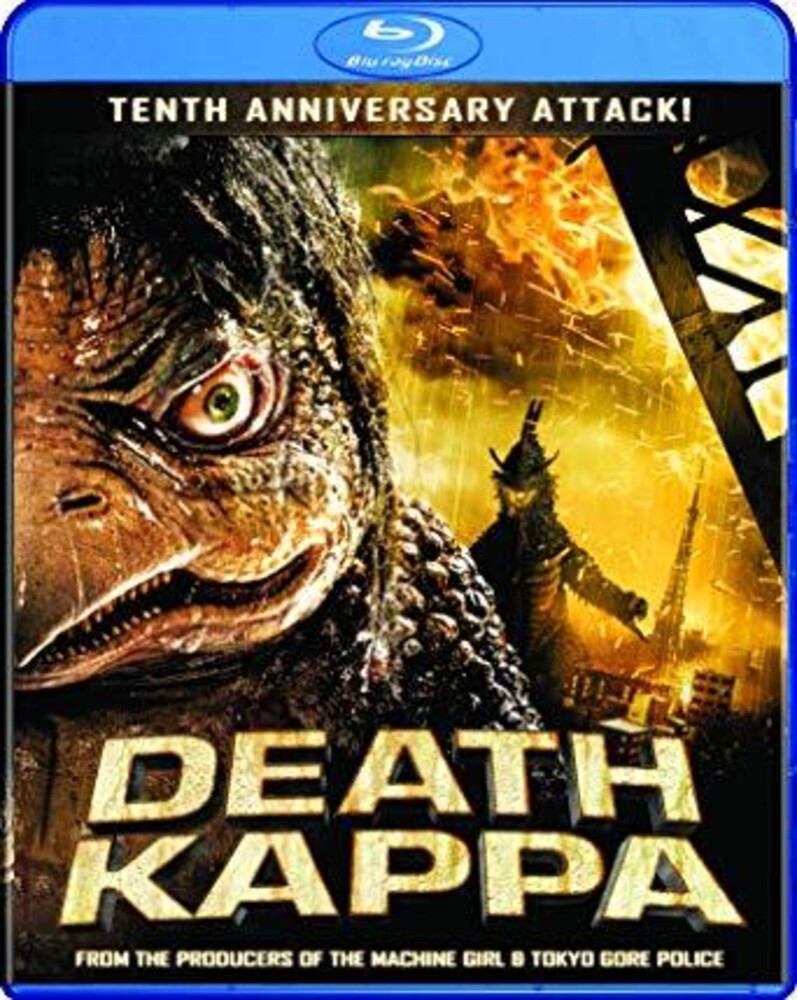 DEATH KAPPA: TENTH ANNIVERSARY ATTACK!- From the famed Japanese studio that brought you GAPPA: THE TRIPHIBIAN MONSTER and co-produced by Fever Dreams, the producers of THE MACHINE GIRL and TOKYO GORE POLICE! In Japanese folklore, kappa are water goblins closely associated with a certain rural village in Japan. Unfortunately, the area is also home to a militant group of scientific researchers dedicated to developing amphibious super troops based on the legendary kappa of old folktales. When their weird experiments generate deadly results things only get weirder with the appearance of an actual kappa, and the triggering of an atomic bomb, the consequences are of epic proportions. A monster arrives in the midst of the nuclear fallout and Japan's defenses are helpless against it. Mankind's only savior is an irradiated water goblin on a rampage with death in it's eyes. Surprisingly, this is only Nikkatsu Studio's second foray into the ever popular Kaiju genre. Multi-talented Director and Special Effects wizard Tomoo Haraguchi created the epic visual effects for the acclaimed Gamera: Guardian of the Universe (1995) and Gamera 2: Attack of The Legion (1996). The Blu-ray and DVD includes a bounty of bonus materials. (Aprox. 90 mins)