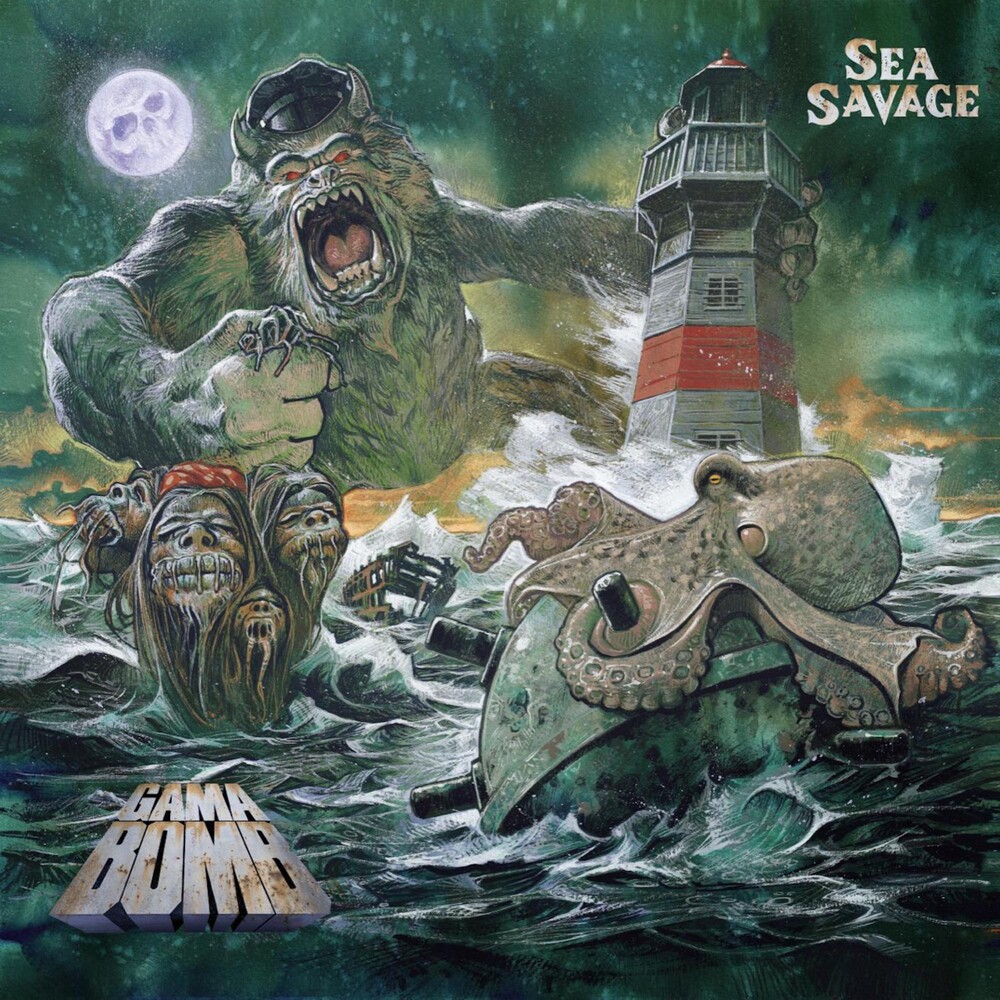 Inspired by Victorian horror and maritime adventures such as Moby Dick, Gama Bomb's new album Sea Savage is presented as a 19th Century play, with Act One and Act Two playing out on side A and side B of the record respectively. The pelagic tale follows the crew of the steamer 'S.S. Gama Bomb' as they voyage in search of a real-life Yeti, only to go slowly mad on the high seas. It also features songs about '80s and '90s movies, because Gama Bomb cannot help themselves.