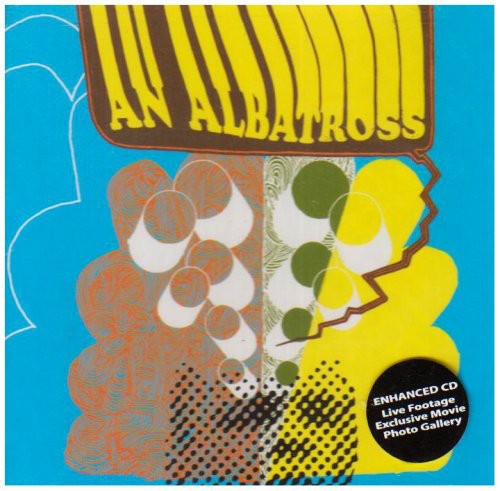 We Are The Lazer Viking
Artist: Albatross
Format: CD
New: Unavailable to be purchased or ordered at this time
Wish

They are, quite probably, to a man and jackrabbit alike, completely mad-"They" being Pennsylvania six-piece An Albatross; their madness being both in their method and in the marvel that is We Are The Lazer Viking. For starters, just about everyone in the band seems to play synth, the Farsifa organ or some other analog electronic torture device, but they still manage to find enough hands left over to play guitar, bass and drums. Oh yeah, and "sing." Edward B Gieda III-the III seems vitally important to this diagnosis, strongly suggesting the possibility of inbreeding-howls and yelps his way through the eleven tracks like he's been wired up to the proverbial mains. About what, is made crystal clear by the song titles-"Electric Suits and Cowboy Boots" is about precisely that, as is "The Vitally Important Pelvic Thrust," while "The Revolutionary Politics of Dance" has the immortal lines "Ya got the sweatpants and sexy striped knee socks, our horned helmets, struttin' the bad boogaloo." They deliver their spasm-artcore in a manner perhaps not too far removed from the likes of Fantomas or the Locust, with an occasional Dead Kennedys punk tinge thrown in for good measure, never making it past the minute and a half mark before their attention span and yours runs out. The final verdict on An Albatross will surely come in the future, as one gets the feeling they're gonna be repeat offenders, but for now, this judge would gladly sentence them to opening for Electric Six next time they pass through the neighborhood.