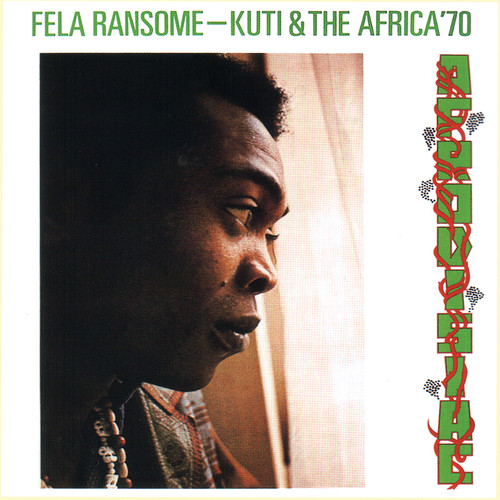 180 gram vinyl LP pressing. Afrodisiac was recorded at EMI's Abbey Road studios in London. The best known song on 1973's Afrodisiac is "Jeun Ko Ku," a satire about gluttony and Fela's first major hit in West Africa. In Broken English, the title means "chop and quench," which, in turn, means "eat and die" in Standard English. Lyrically, the standout track is the closing "Je'Nwi Temi" ("don't gag me"), a critique of the Nigerian political/military establishment and a defense of free speech. Fela vows that he will always tell it like it is, no matter what. This proved to be prophetic stuff, given the police and army assaults, intended to silence him, which were just around the corner. "Alu Jon Jonki Jon" draws on the interaction between animals and humans that is part of Yoruba mythology, in a tale about a dog who betrays his friends. Like many of Fela's lyrics of the period, the lyric employs parable and metaphor to encourage ethical conduct in everyday life. In "Eko Ile," Fela sings that there is no place like home (Eko was the pre-colonial name of Lagos).
back to top