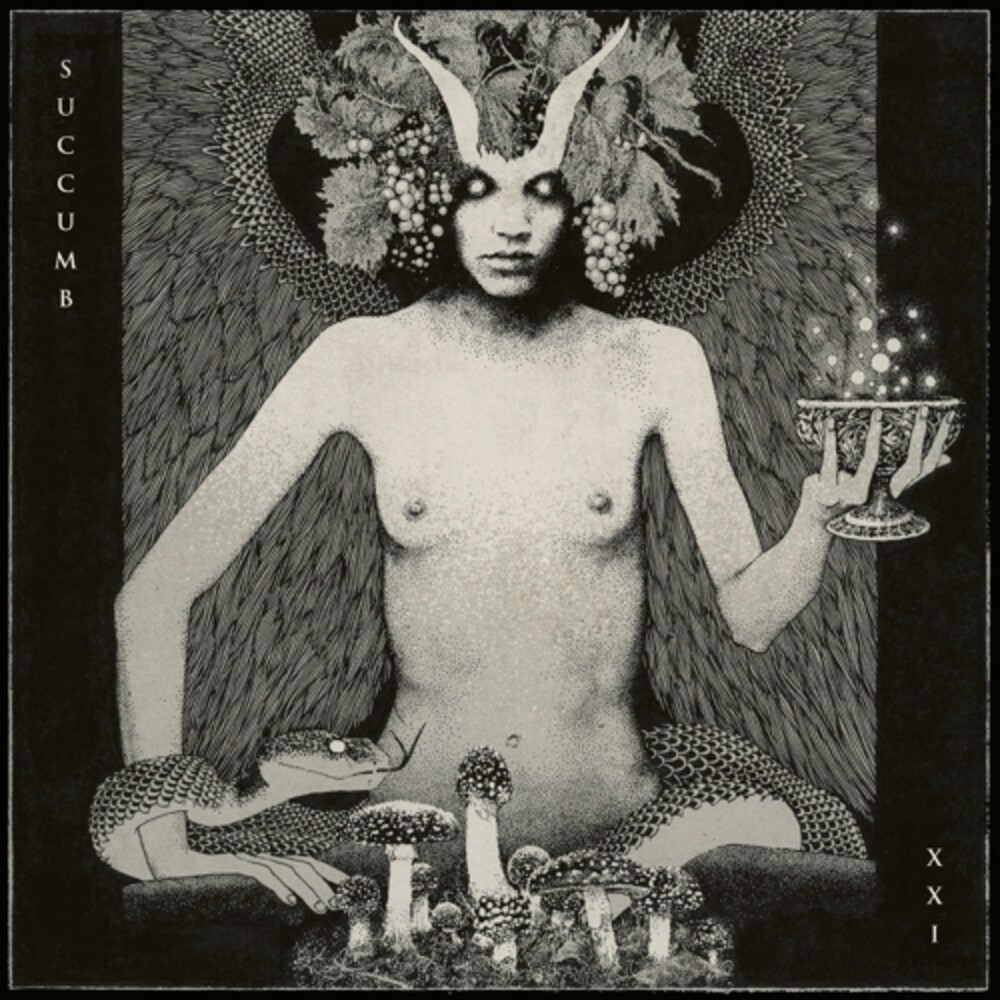 Xxi
Artist: Succumb
Format: Vinyl
New: Unavailable to be purchased or ordered at this time
Wish

Plumbing the depths of modern death metal with primitive elegance, Succumb have returned with their sophomore release XXI. One of the strongest up-and-coming metal bands in recent years, what sets Succumb apart from their peers is vocalist Cheri Musrasrik; the juxtaposition of death metal riffing and propulsive drums with Musrasrik's cavernous howl and sophisticated lyrics make a unique listening experience in today's crowded landscape.Musrasrik cites authors and poets like Yeats, Genet and Zola as her primary lyrical influences. XXI sees an allegorical look at the elements and their related mythologies. Talks about Lilith, the Orphic poems, ocean and nature deities, Dionysus, Arthurian literature, fly agaric as soma, the cosmic egg, and the Boxer Rebellion.Succumb was formed in 2014 by a group of friends with diverse musical backgrounds who share a common love for Canadian death metal, war metal, and 1990s Napalm Death.The band released their self-titled debut album in May of 2017 and received praise from publications around the globe. Blocland called it "one of the year's most intriguing metal listens" and PopMatters named it one of the best metal albums of the year, citing: "Musrasrik's insane delivery makes Succumb one of the strongest metal debuts to come out in 2017." The eight new tracks that comprise XXI are sure to continue this arc of praise.