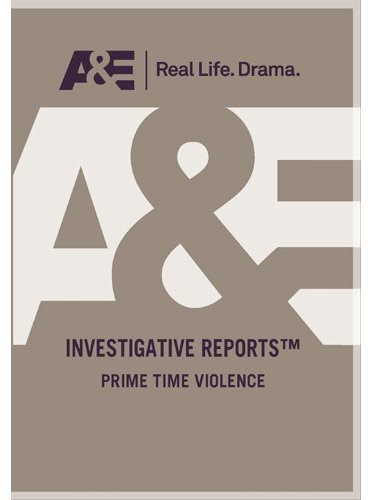 It is one of the longest-running debates in America-does TV violence spill over into real life? A mountain of conflicting statistics clouds the question, but a recent survey shows that over 80% of Americans believe there is a link. Go to the heart of the debate that led to the newly-instituted TV rating system. In revealing interviews, people on both sides of the issue present their case. Hear from Senator Paul Simon-a longtime opponent of TV violence-CBS president Howard Stringer and former FCC chairman Newton Minow, and explore the latest reports from long-time researchers of TV violence. Clips from some of America's most popular shows trace the changing face of TV violence, and the producers and stars of some of the most violent programs on television speak out. From the birth of TV to the action groups who are trying to change the face of entertainment in America, this is a sweeping look at PRIME TIME VIOLENCE.