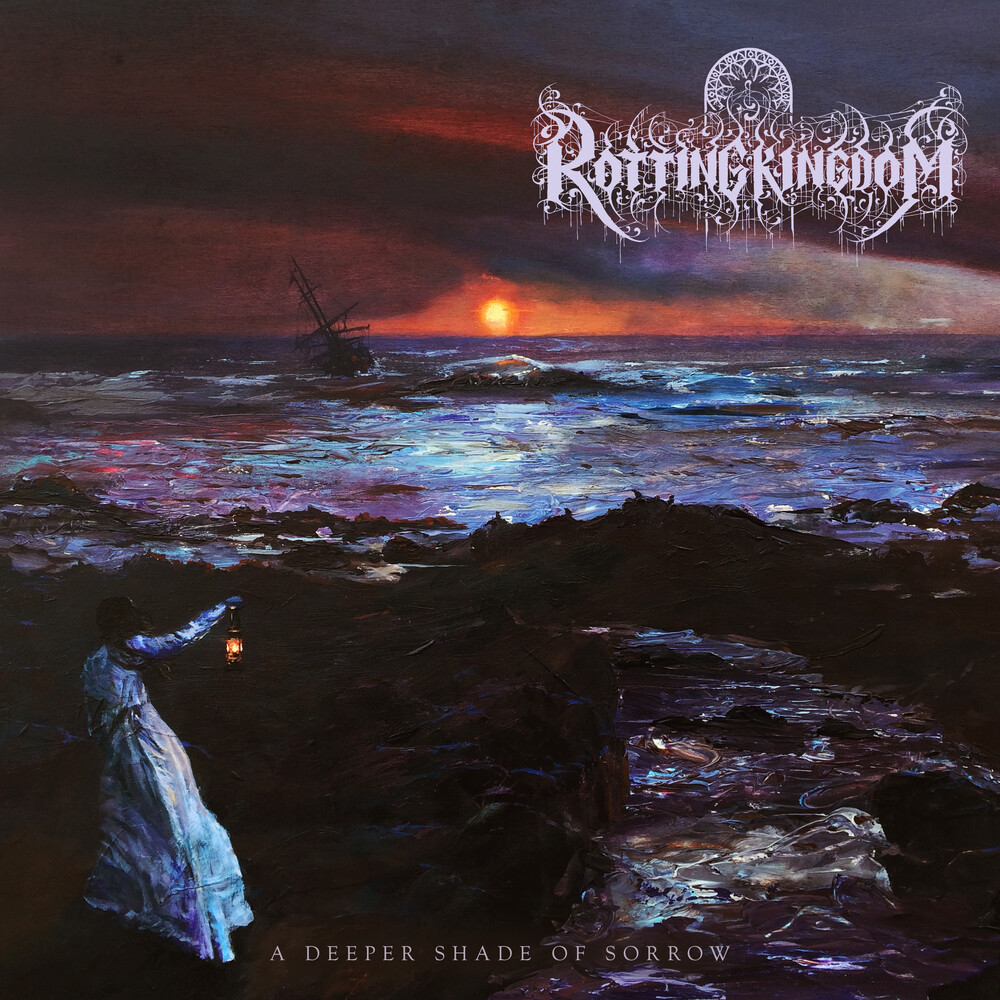 While the concept for Rotting Kingdom originated in 2012, the band formed in 2016 and is a melodic death doom quintet. It is comprised of members of various other Kentucky-based metal acts, who have all been friends for years and grew up together performing in other projects. Playing in a death doom style, the thematic focus of the band is the passage of time, loss, death, and the beauty that arises from the interstitial space of the three. The band released a critically acclaimed, self-titled EP in late 2017 and made limited live appearances. Spending the balance of 2018 and early 2019 on writing new material, Rotting Kingdom present an anguished powerhouse of emotive fury with their debut full-length record, "A Deeper Shade of Sorrow."