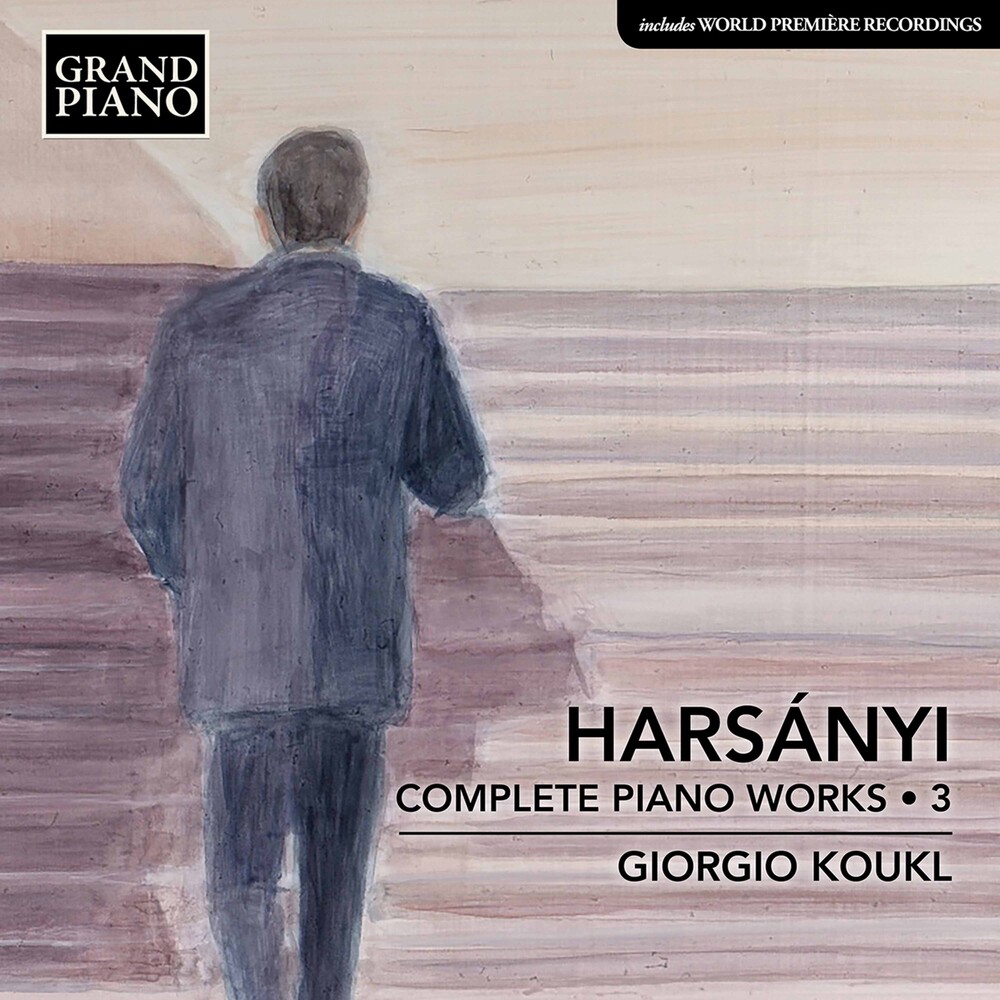 TIBOR HARSANYI, a student of Zoltán Kodály at the Budapest Conservatory, lived in France from 1923 where he became one of the leading expatriate composers to form the group known as L'École de Paris. As the 4 Morceaux show, his piano music is notable for it's variety of character and genre. The Piano Sonata reveals his enthusiasm for dance rhythms and for joyful lyricism as well as quietly sombre elements, while the Burlesques flirt with jazz. The Piano Suite conjures up a vivid series of atmospheres in a work that is songlike, dissonant and ambient. GIORGIO KOUKL is a Czech pianist/harpsichordist and composer. He studied at both the Conservatories of Zürich and Milan, where he took part in the masterclasses of Nikita Magaloff, Jacques Février and Stanislas Neuhaus, and with Rudolf Firkusny, friend and advocate of Czech composer Bohuslav Martinu. It was through Firkusny that Koukl first encountered Martinu's music, prompting him to search out his compatriot's solo piano works. Since then he has developed these into an important part of his concert repertoire and is now considered one of the world's leading interpreters of Martinu's piano music. As a logical continuation of this work, Koukl has recorded the complete solo piano works of Paul Le Flem, Alexander Tcherepnin, Arthur Lourié, Vítezslava Kaprálová, Witold Lutoslawski, and more recently, Alexandre Tansman, Vittorio Rieti and Tibor Harsányi.