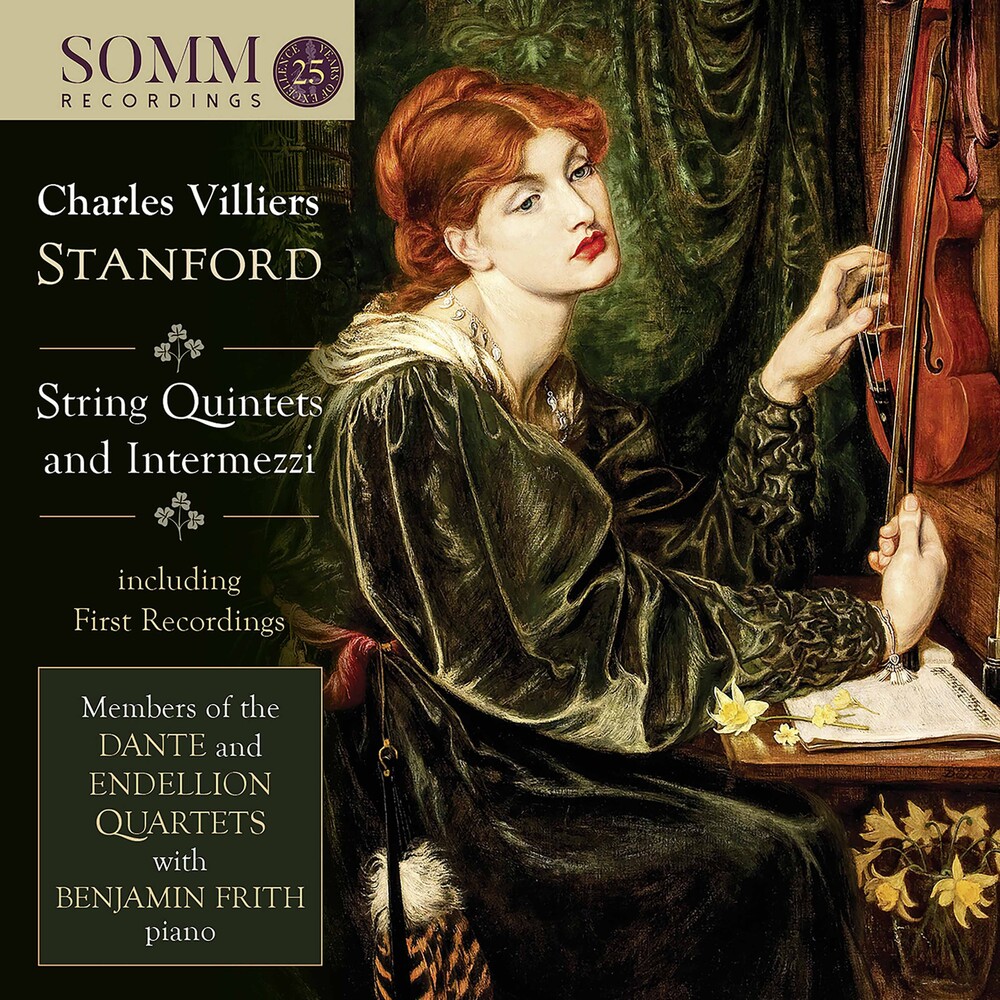 SOMM Recordings' widely acclaimed survey of Charles Villiers Stanford's chamber music continues with his two String Quintets and Three Intermezzi arranged for cello and piano. A unique collaboration between members of the Dante and Endellion Quartets, together with pianist Benjamin Frith, sees first recordings of the String Quintet No.2 in C minor and the arrangement of the Three Intermezzi. Composed with Stanford's lifelong mentor, the legendary violinist Joseph Joachim, in mind, the Quintets are the product of a master craftsman speaking with his own distinctive voice. Both were first performed in 1904 and separately owe a direct and glancing debt to Brahms. The First echoes the three-movement structure of Brahms' First Quintet and it's melodious warmth although it's second movement strikingly makes use of an archaic form of Irish traditional singing - sean nós. Composed to mark the 60th anniversary of Joachim's first visit to Britain, the Second Quintet shares what Stanford authority Jeremy Dibble in his erudite booklet notes describes as "the same serious demeanor and a similar outlook towards grand architecture" of Brahms' First Symphony, which Joachim conducted on that occasion. Originally composed for clarinet and piano, the Three Intermezzi of 1880 display a masterly interplay between cello and piano in Stanford's own arrangement. The Dante Quartet's three-volume survey of Stanford's String Quartets was universally admired. Of Volume 2, Gramophone enthused: "All three of the works on this disc are premiere recordings, an astonishing state of affairs for what must surely be the most significant quartet cycle by any British composer before Frank Bridge. That alone makes this disc essential listening... They're each worth hearing, and the Dante Quartet go at them with red-blooded gusto and an energy that's clearly born from the thrill of discovery... SOMM and the Dantes have broken important new ground with impressive commitment."