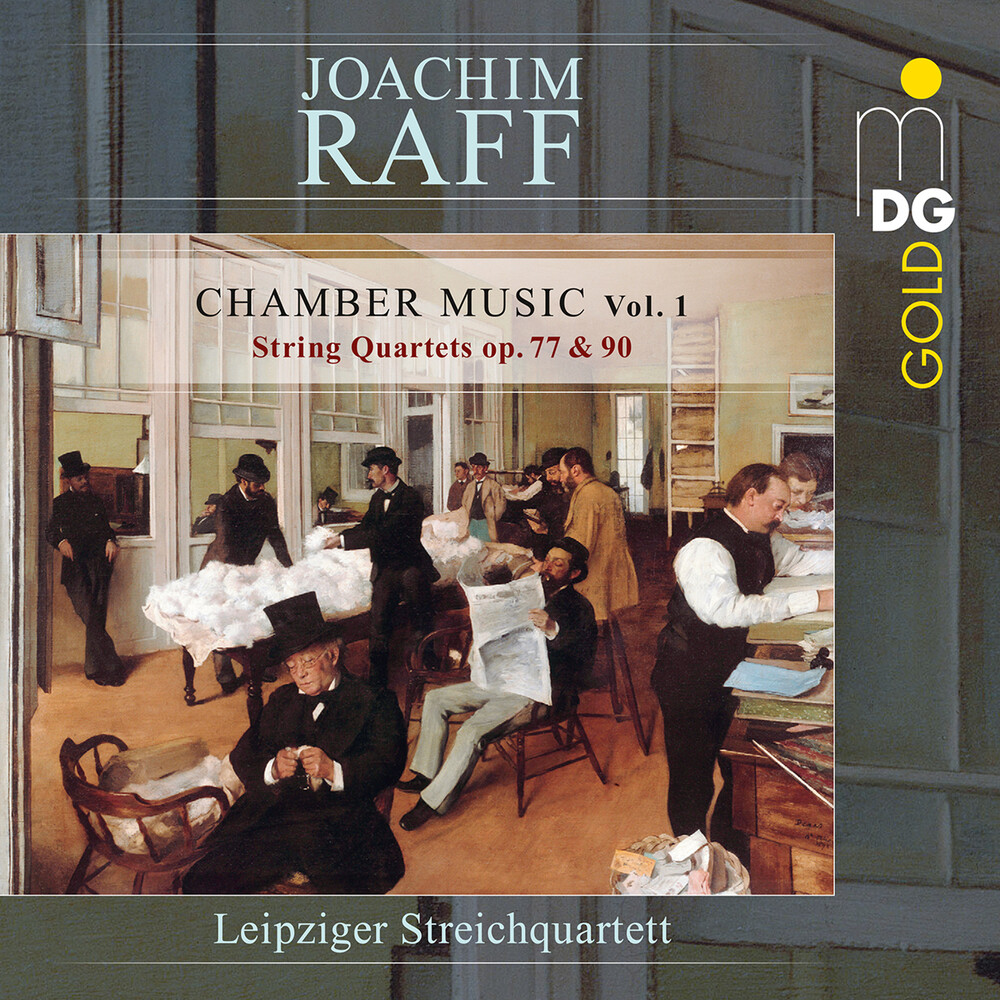 Joachim Raff was an autodidact. Having grown up in Switzerland, he first tried his hand with moderate success in numerous places as a composer of salon pieces. Franz Liszt became aware of the young man's talents and hired him as a kind of private secretary. In Weimar Raff orchestrated some of Liszt's early symphonic poems and gained his appreciation. This first recording by the Leipzig String Quartet shows that this was no accident. Raff's first two quartets are large-format works which reveal great ambitions. By the time Raff composed his first quartet in 1855, he was already beginning to emancipate himself from Liszt and the narrow circle of his friends. The "Neudeutsche Verein" had just been founded when Raff left him for Wiesbaden, in financially uncertain circumstances but artistic independence. And indeed, Raff's music cannot be pigeonholed either in the "New German" or the "Brahmsian" category - perhaps the reason why he was admired by such diverse colleagues as Richard Strauss, Peter Tchaikovsky or even Franz Liszt. His first quartet op. 77 was premiered by the famous Hellmesberger Quartet, who had already offered the podium to Franz Schubert and the late Beethoven. The second quartet op. 90 was also quickly adopted by the Viennese. The turning away from a harmonically fixed formal scheme is a trend-setting move; chromaticism and free harmony gain the upper hand over schoolmasterly counterpoint. Self-marketing was not Raff's thing. Rather prim in his private life, he rarely performed publicly, though he was an excellent pianist. He also gave his work away rather than negotiate reasonable fees. As founding director of the Hoch'sche Conservatory in Frankfurt he nevertheless enjoyed great recognition among his contemporaries. To rekindle this in our time, the new recording of the Leipzig String Quartet is a highly welcome beginning.