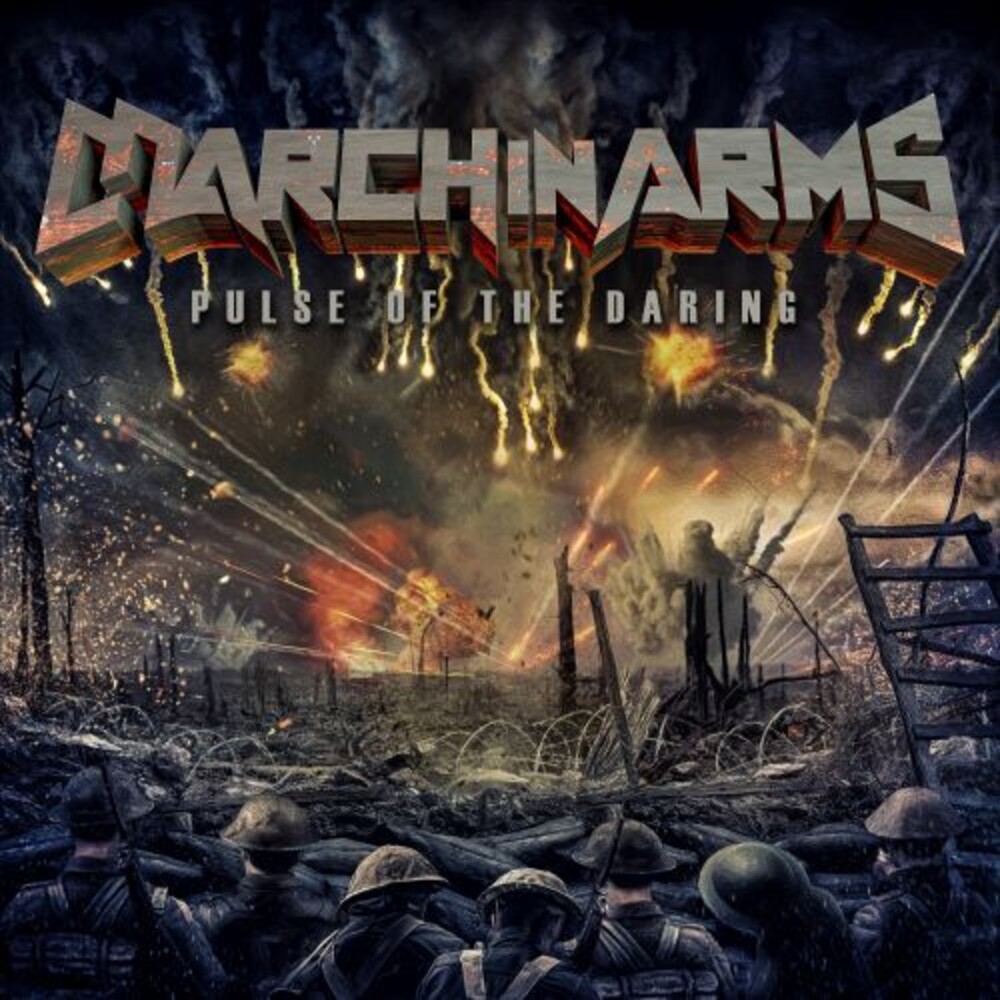 South Dakota's, Military-Themed, Power Metal Aces, March in Arms are setting to launch their new album "Pulse Of The Daring" on July 2nd to a global audience.March in Arms (MIA) was formed in 2012, pulling from a side project dating back to 2004. While members Jon Parker (guitar) and Ryan Knutson (guitar/vocals) were touring in their former band, Nodes Of Ranvier (Facedown Records/Victory Records), Knutson worked on the foundational riffs and lyrics that would eventually launch MIA as a full band years later. Based in Sioux Falls, South Dakota, the band also includes Scott McGuire (bass,) formerly of indie rock band The Spill Canvas (Sire Records), Sheldon Swan (guitar) and Phil Mueller (drums). With influences that include American classics like Metallica, Slayer, Pantera and Megadeth fused with European power metal undertones. The result is very riff driven with epic chorus lines and soaring melodies, plus lyrical themes centering on war and the personal stories of it's combatants. In 2015 March in Arms independently released their self-titled debut album; recorded at All Poetic Audio with Jeremy Schaeffer of Earth Groans (Solid State Records). That debut, "March in Arms," was re-released in 2018 to include two live tracks "Firebreather" and "Mouth Of The Kracken." The second time around the album was backed up with a PR campaign and received overwhelming positive reviews, winning album of the year from Rock Queen Reviews.In November 2018 the band entered the studio at All Poetic Audio to produce the follow-up album, "Pulse Of The Daring." Before the album could be released Scott McGuire (bass) and Pill Mueller (drums) stepped away from the band in December 2019. They have since been replaced with Collin Citrowske (bass) and Bobby Cook (drums). With a once again solidified lineup in 2021 and armed with worldwide distribution, the band is geared and focused on reaching the worldwide masses and playing as many live shows as possible. Be prepared for a full-on assault as MIA delivers the blitzkrieg that is "Pulse Of The Daring."