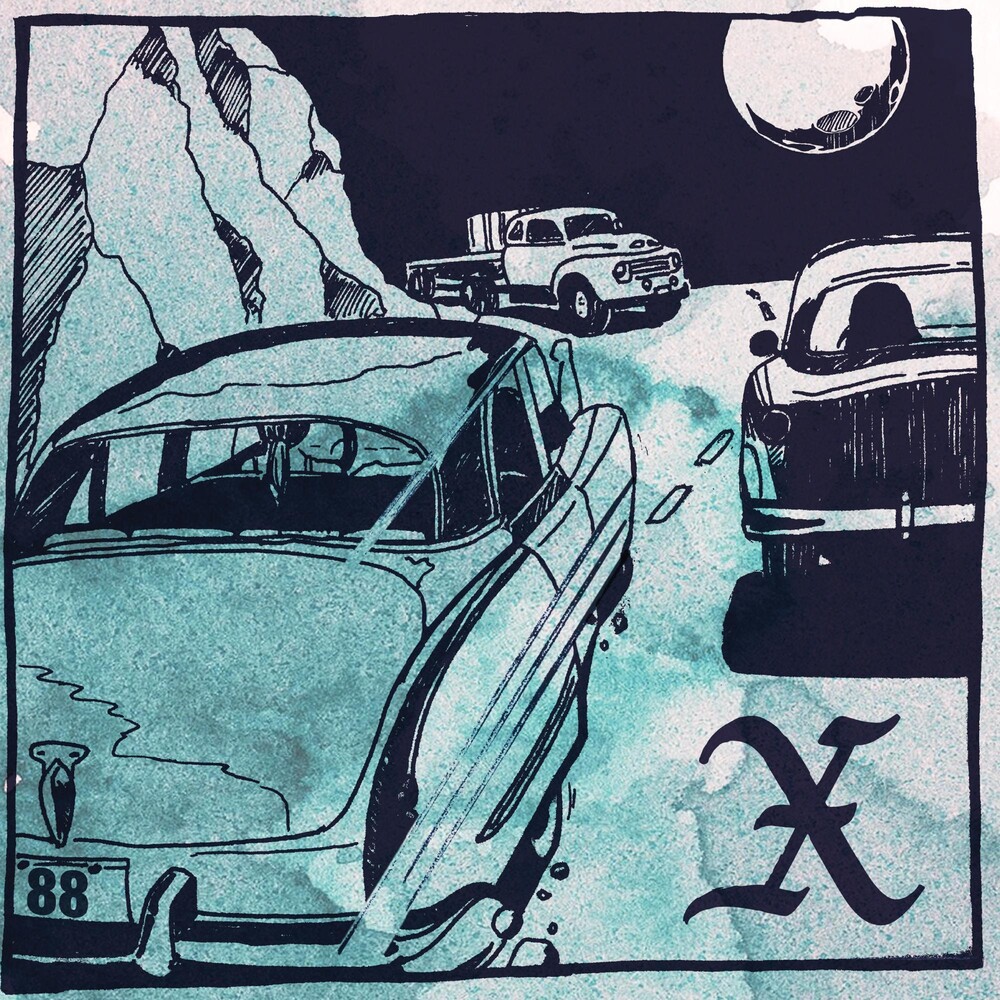 Earlier in 2019, the original X foursome - Exene Cervenka, John Doe, Billy Zoom, and DJ Bonebrake went into the studio together to record fresh material for the first time since 1985's Ain't Love Grand. Five songs were recorded over the course of two days with producer Rob Schnapf. The first of these new songs is the recorded version of an older X song, "Delta 88 Nightmare," which previously was only included as a bonus track on the 2001 reissue of Los Angeles in demo form - never as a fully recorded and mixed track. The song is available here on 7" vinyl with the flip side being the newly recorded "Cyrano de Berger's Back."