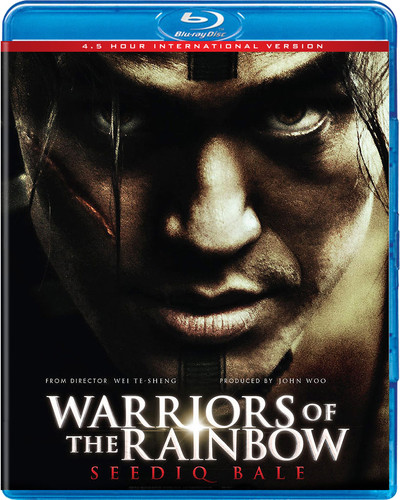 Warriors of the Rainbow: Seediq Bale
Artist: Ando/Haruta/Kawahara
Format: Blu-Ray
New: Unavailable to be purchased or ordered at this time
Wish

ORIGINAL INT'l VERSION. In the mountains of Taiwan, two races clashed in defense of their faiths. One believed in rainbows, the other believed in the sun. Neither side realized they both believed in the same sky. Wei Te-Sheng's epic film WARRIORS OF THE RAINBOW: SEEDIQ BALE retells an extraordinary episode from 20th-century history which is little-known, even in Taiwan. Between 1895 and 1945, a Japanese colony inhabited the island and subdued the aboriginal tribes who first settled the land. Seediq leader Mouna Rudo (Lin Ching-Tai) forged a coalition with other tribal leaders and plotted a rebellion against their Japanese colonial masters. The initial uprising took the Japanese by surprise, but they soon sent in their army to crush the rebellion, using aircraft and poison gas.
back to top