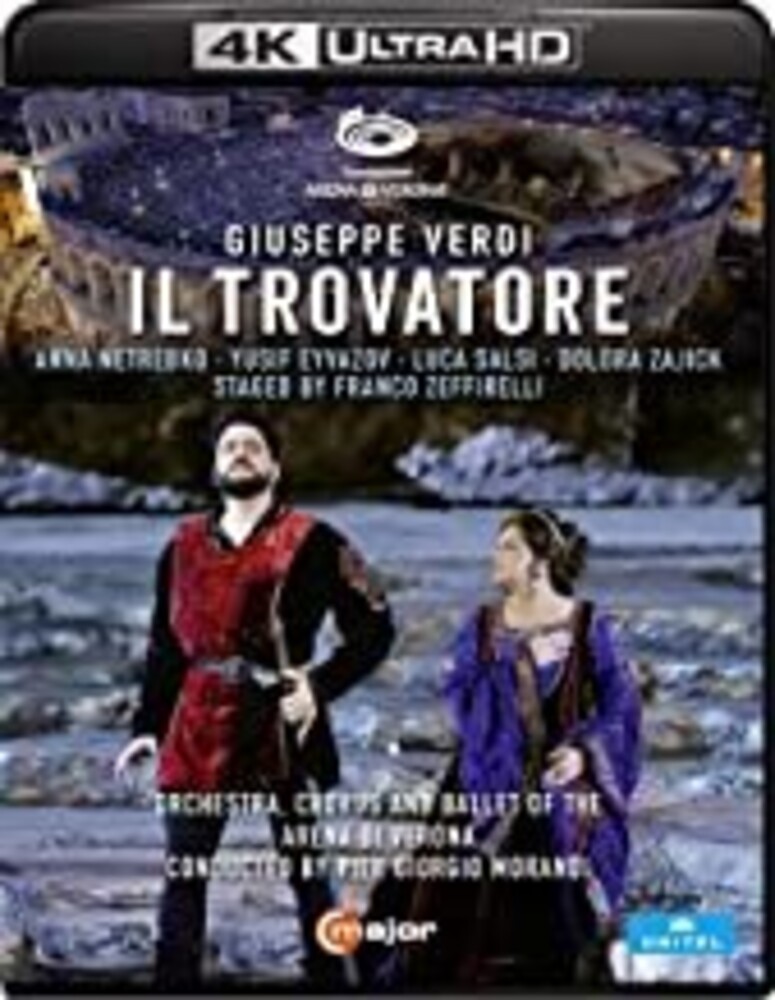 It's an event that draws many thousands of music lovers to one of the most beautiful cities in the world every summer: the opera season at the ancient Arena di Verona. The 2,000-year-old roman amphitheater with it's gigantic stage dimensions is one of the largest and best preserved Roman construction of it's kind, and with over 22,000 seats it is undoubtedly one of the most spectacular open-air venues of the world! The revered master of opera Franco Zeffirelli, who died shortly before the premiere of Il Trovatore, created a legendary scenery with groups of giant sized armored knights, a fortress turning into a luminous cathedral, an enormous choir, horses, breathtaking fights: "his perhaps best arena production" (Opernglas). It brings Anna Netrebko to the Arena of Verona where she is giving her much-anticipated debut in one of Giuseppe Verdi's most popular operas. Next to Anna Netrebko as Leonora perform Verdi accomplished baritone Luca Salsi as Count di Luna and Yusif Eyvazov returns to the Arena as his powerful-voiced opponent Manrico. MET star Dolora Zajick as Azucena and young rising Italian bass Riccardo Fassi as Ferrando join the prestigious ensemble. "Zeffirelli gives to the arena what it merits: a colourful, multifaceted staging in which impressive mass scenes alternate with intimate moments [...]" (Der Neue Merker) "Unforgettable" (Verona Settegiorni)