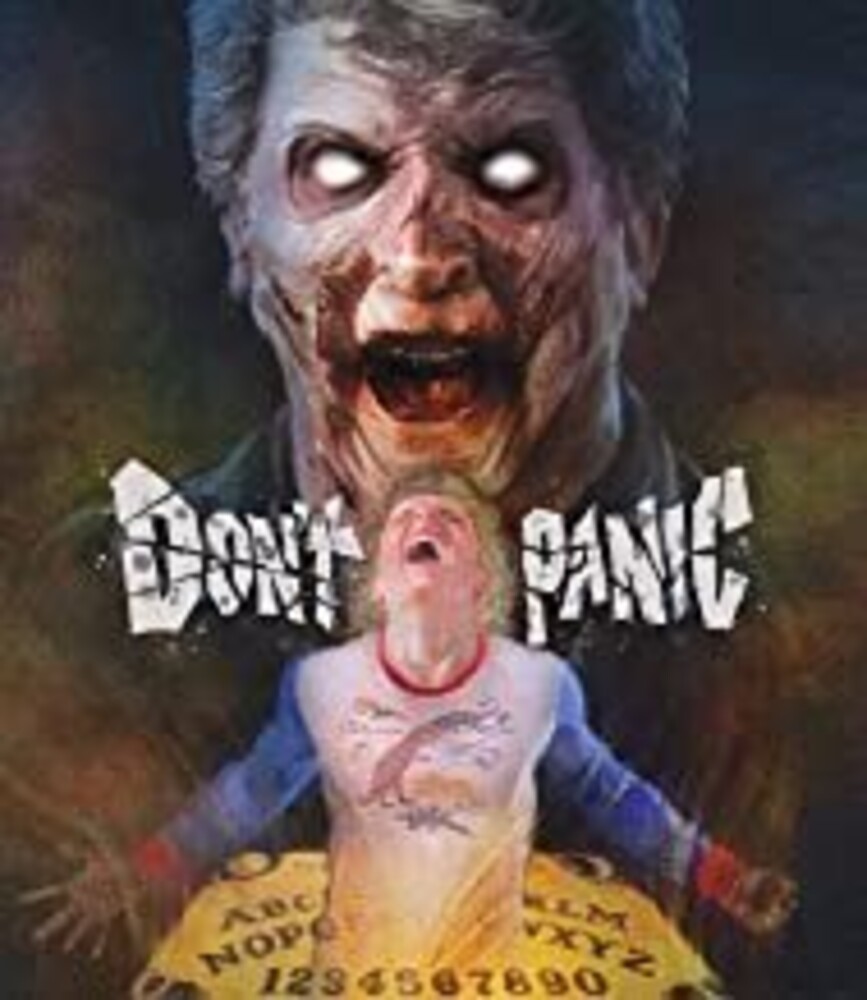 It's Michael's seventeenth birthday and his friends have decided to surprise him with the ultimate birthday bash: breaking into his house and playing with a Ouija board. But what they think is just a harmless bit of fun quickly turns into a supernatural terror when they unwittingly summon a demonic presence named Virgil, who proceeds to possess someone close to Michael, forcing them to savagely kill anyone and everyone Michael cares about. All the while, Michael begins to have terrifying dreams which he slowly begins to realize might be visions of the carnage that only he can stop. A bonkers tribute to Nightmare on Elm Street from the reigning king of gory Mexican horror, Rubén Galindo Jr. (Cemetery of Terror, Grave Robbers), DON't PANIC has gained a long overdue cult fan base in recent years and is guaranteed to leave viewers both awestruck and dumbfounded from it's surreal opening through it's action-packed finale! Starring American ex-pat, Jon Michael Bischof (who also performs the film's memorable theme song) and loaded with all the crazy kills you could hope for, Vinegar Syndrome is delighted to present the worldwide Blu-ray debut of DON't PANIC, newly restored in 4K from it's 35mm original negative and featuring both it's English & Spanish language audio tracks!