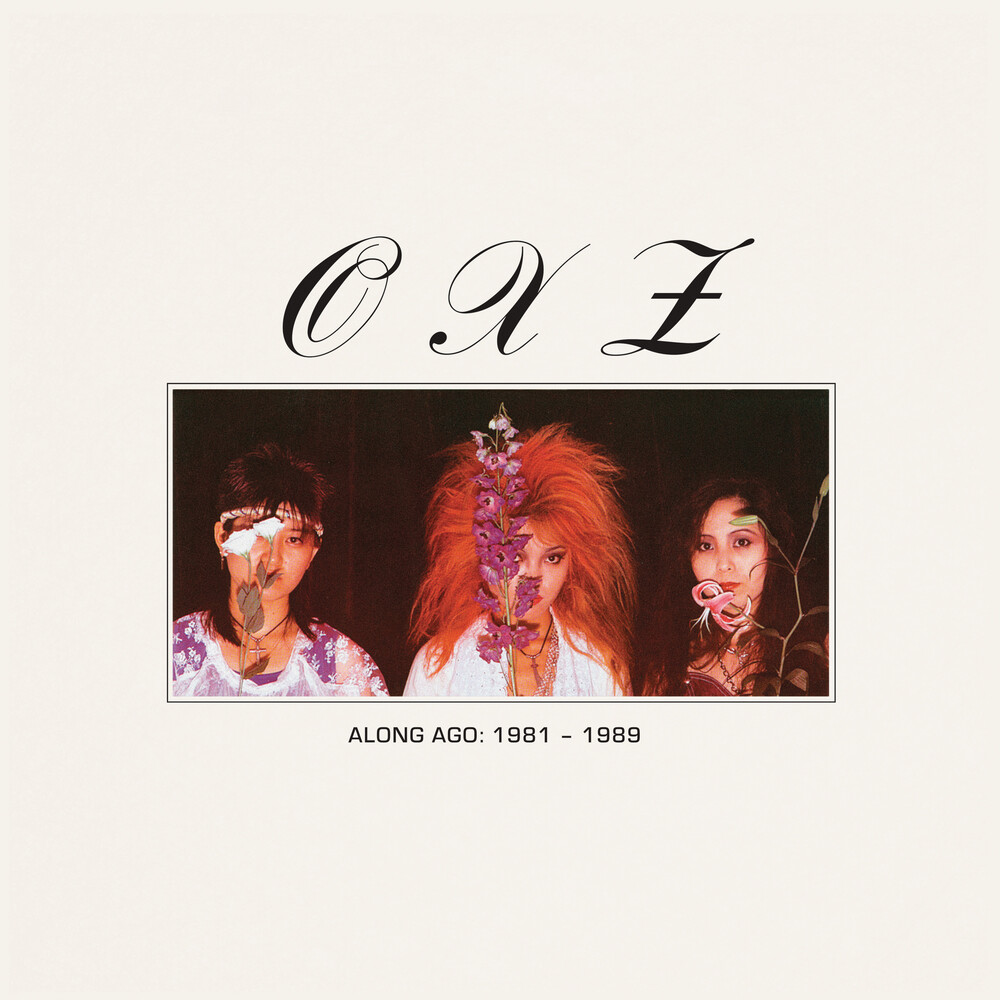 The mid '80s were an exciting time for music in Kansai (Osaka-Kyoto), Japan. There were more stages for bands to play on, more releases by independent labels and a variety of bands playing in different styles. The 80s were also a time when women's rights in Japan, though a topic of conversation, were not widely visible in the real world. There were very few women in the underground music scene at the time, but none of them dressed like punks or dyed their hair, or outwardly showed much interest in declaring independence from the usual rules. So, in 1981, when Hikko, Mika, and Emiko (aka Chasen-maru) first appeared together as OXZ, they were intentionally shocking. Nothing happens in a vacuum, however. It was already acceptable for young women to form bands in the safety of their high school music clubs. They generally played cover songs at school events. However, actually stepping out into the dirty world of live houses was for the adventurous and compelled. To do so in OXZ's overtly provocative, dramatic way was unheard of. Contemporaries of Shonen Knife, OXZ were known for the intensity of their live performances. Releasing their first EP in 1984 - an 8" EP - their catalog belies their reputation for moody, dark post-punk ahead of it's time. The bass and drums dominate; the guitars are angular and spiky - punk, but with something extra. Along Ago: 1981-1989 collects the band's entire catalog - three EPs and a single - alongside unearthed, unreleased demos. Then, 1989, it ended as the band went their separate ways. And the name? No one seems to remember how it came about, but it should be noted that in Japan, O means acceptable and X means rejected, so maybe OXZ means "going beyond all usual standards."