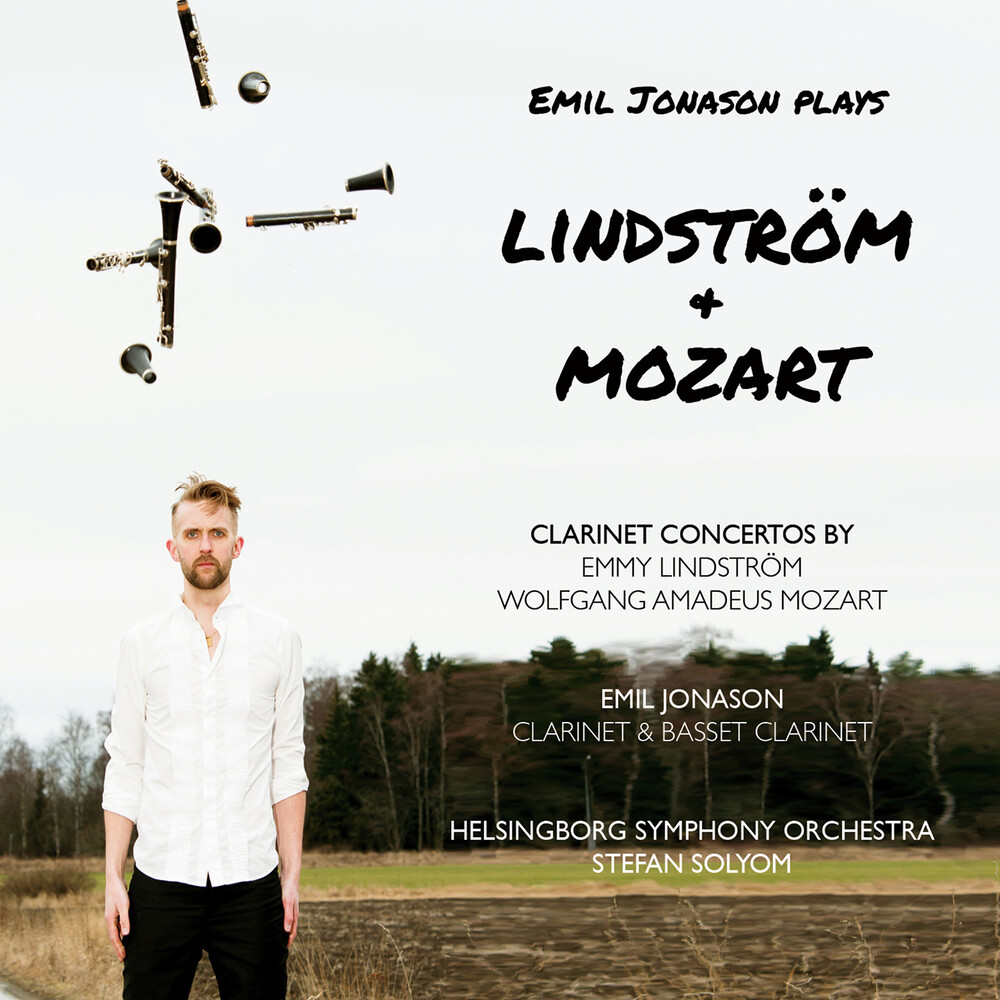 This new release, recorded at the Helsingborg Concert House in 2019, features Emil Jonasson performing works by Mozart alongside the Helsingborg Symphony Orchestra conducted by Stefan Solyom. Emil Jonason (b. 1983) was born and raised on Värmdö outside Stockholm. He started playing clarinet in the municipal music school at the age of 10 - the instrument which back then had the shortest waiting list. With a father who was an amateur jazz clarinetist, he listened early on to world-famous names such as Benny Goodman, Sidney Bechet, Kenny Davern and especially the notorious Spike Jones and his City Slickers. At the age of 17, he was accepted to the Royal Academy of Music in Stockholm, and has since studied for Hermann Stefánsson, Martin Fröst, Kjell-Inge Stevensson and Yehuda Gilad. He won the Solofoni competition in Helsingborg at the age of 21, performed Nielsen's clarinet concerto with the Helsingborg Symphony Orchestra, and at his diploma concert in 2008 he played John Corigliano's clarinet concerto together with the Royal Philharmonic Orchestra in Stockholm.