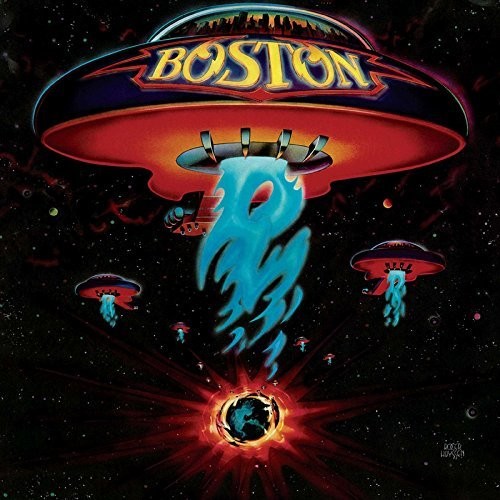 Limited edition 180gm red colored vinyl LP pressing, housed in a gatefold sleeve. It's been over 40 years since Boston's self-titled opus first hit the airwaves and turned the world on to a new kind of sonic experience. The masterful album was a full-blown once-in-a-lifetime event, in the right place at the right time as an alternative to the disco and nascent punk-rock movements of 1976. Spearheaded by MIT graduate and studio enthusiast Tom Scholz, Boston almost single-handedly created arena rock here. The album soars on the strength of reflective lyrics, contagious melodies, towering vocals, and one choice hook after another. With over 17 million copies sold, Boston generated such hits as "More Than a Feeling," "Peace of Mind," "Foreplay/Long Time," and "Smokin'," rock staples that are still in heavy rotation today.