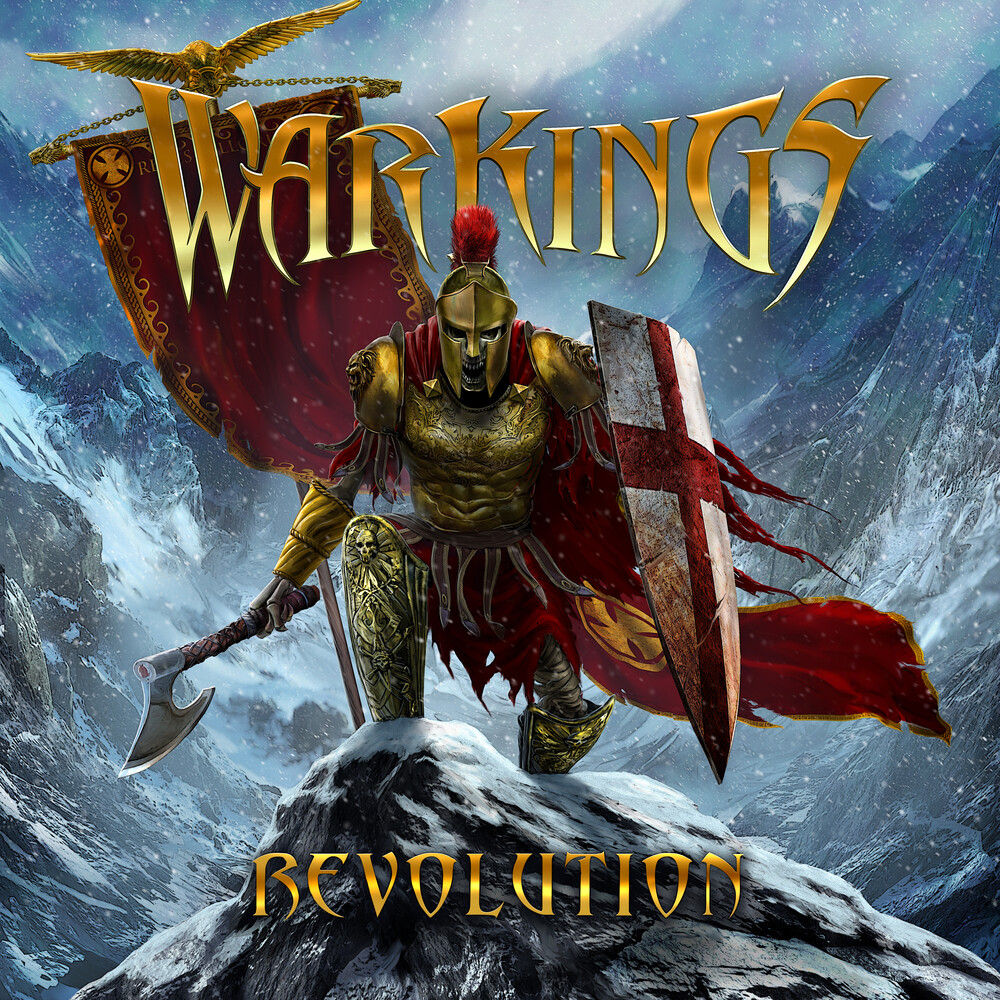 Warkings - Revolution - WARKINGS Warriors beware! The mighty warriors return to the battlefield, armed with glorious weapons made of pure Heavy Metal - the time for Revolution has come! The third part of the WARKINGS saga will be unleashed on August 20 via Napalm Records. Sharpen your weapons and join the WARKINGS Revolution! The four ancient kings - a roman Tribune, a wild Viking, a noble Crusader and a martial Spartan -gathered in the golden halls of Valhalla, escaped from the realms of obscurity and fought the Monarchs of the dusk. Back on Earth, the kings forged new battle hymns, and are ready to gather their warriors again for Revolution! Thundering drums, riffs made of steel, and powerful vocals pave their way right from the start of Revolution. The fanfares are set and album opener "We Are The Fire" bursts in with full power, taking their warriors with them back to the ancient battlegrounds of Sparta, Rome, or side by side with the glorious Ragnar. The WARKINGS formed an alliance with the dark Lord Chris Harms (Lord Of The Lost) to tell about the heroic times of Spartacus. The re-interpretation of one of the most famous old protest melodies on "Fight" will be stuck in the head of every true revolutionary forever! Forging their musical steel in the tradition of Powerwolf, Sabaton, HammerFall and Running Wild, the WARKINGS burst onto the battlefields in 2018. They gathered their Warriors around the world, beyond others on the legendary battlefields of Wacken, and entered the German album charts at #29 with Revenge. Revolution will be available in different formats, including a special strictly limited boxset and multiple vinyl versions.
back to top