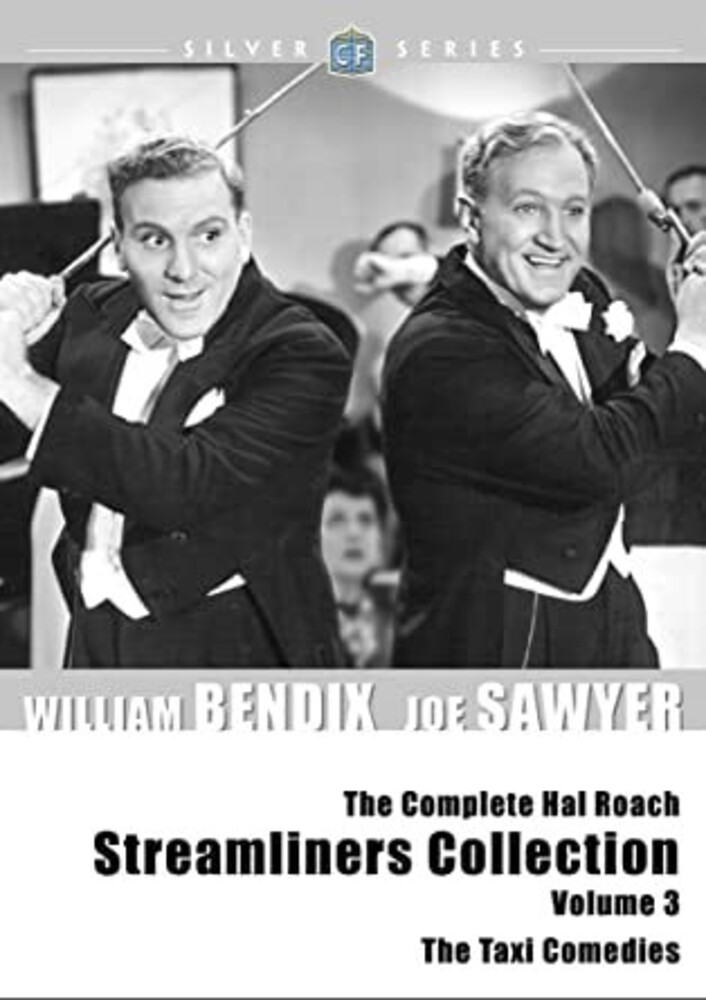 For the first time on home video come all three Hal Roach "Taxi" streamliners starring William Bendix (The Life of Riley)-with each film culled from original studio masters!The Hollywood producer whose "Lot of Fun" was home to such comedy film legends as Laurel & Hardy initiated a surefire movie concept in the 1940s called the streamliner-22 of which would be released between 1941 and 1948. Double the run time of a two-reeler, but a little shorter than a programmer, the streamliner was economized production costs while also accommodating movie houses whose playbills weren't set up for double features.Soon to become a familiar face at Paramount Pictures in features like The Glass Key, virtual unknown William Bendix was cast to star as Brooklyn cabbie Tim McGuerin in a trio of streamliner comedies starting with 1942s Brooklyn Orchid. His co-star, Joe Sawyer, playing pal Eddie Corbett in Orchid as well as in The McGuerins from Brooklyn (1942) and Taxi, Mister (1943), was an easy choice for Roach as Sawyer was already on the lot appearing alongside William Tracy in a series of successful streamliner service comedies. Joining Bendix and Sawyer, and holding her own, is the delightful Grace Bradley (as Mrs. McGuerin), best known offscreen as the wife of "Hopalong Cassidy, " William Boyd.Brooklyn Orchid (1942, 51 min.)Tim and Eddie rescue beauty queen Lucy from attempting to "knock herself off", but when she proclaims her "good fairies" are permanently responsible for her, the boys have a difficult time shielding Lucy from their better halves.The McGuerins from Brooklyn (1942, 46 min.)Sadie mistakenly thinks Tim is stepping out on her so he enlists the help of Eddie to help square things with his wife.Taxi, Mister (1943, 46 min.)During the 15th anniversary celebration of the Red Circle Cab Company, Eddie recounts the story of how Tim captured the most notorious gangster in the country