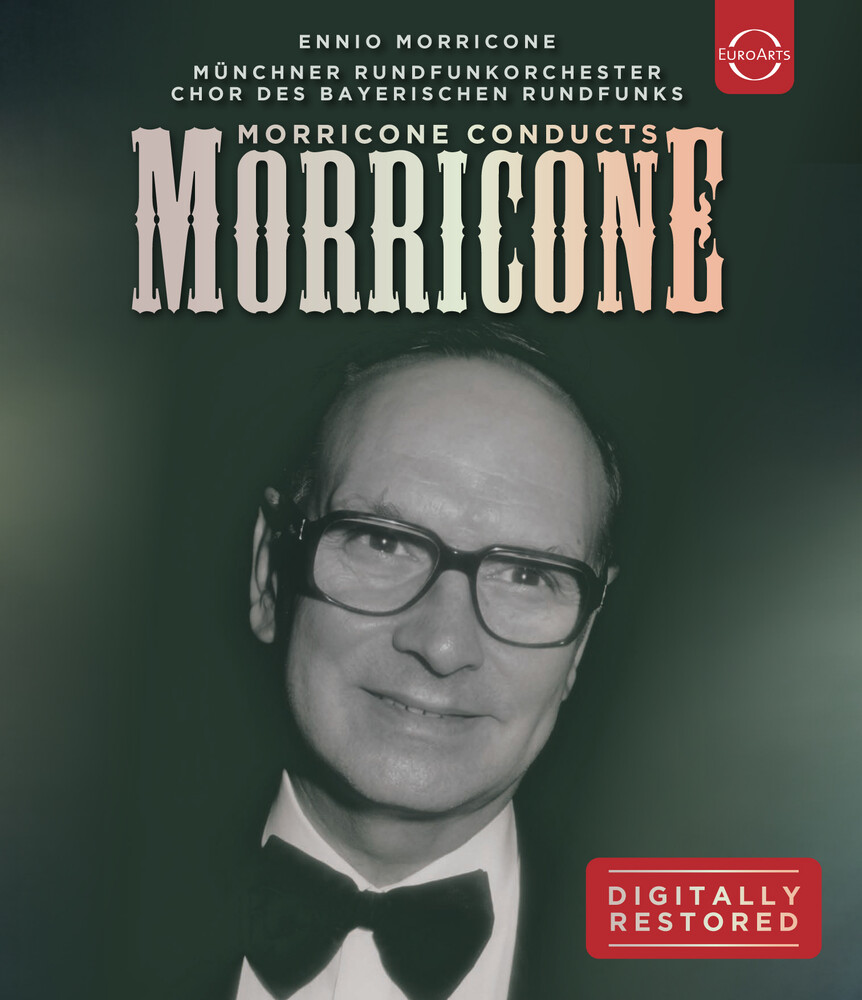 Ennio Morricone was a legend and one of the most recognized film music composers of all times. Known to a broad range of audience, he closed the gap between the classical music universe and the world of Hollywood blockbusters. Since 1961, Morricone has composed over 400 scores for cinema and television, as well as over 100 classical works. This concert from 2004 with the MĂĽnchner Rundfunkorchester is one of the few recordings where he conducted his own music, Video Director of this memorable concert is Giovanni Morricone. This Concert includes a representative collection of his most famous film music including The Good, the Bad and the Ugly, Once Upon a Time in the West, A Fistful of Dynamite, Once Upon a Time in America, Cinema Paradiso, The Untouchables and many more. The successful DVD - now digitally restored in HD and available on Blu-ray