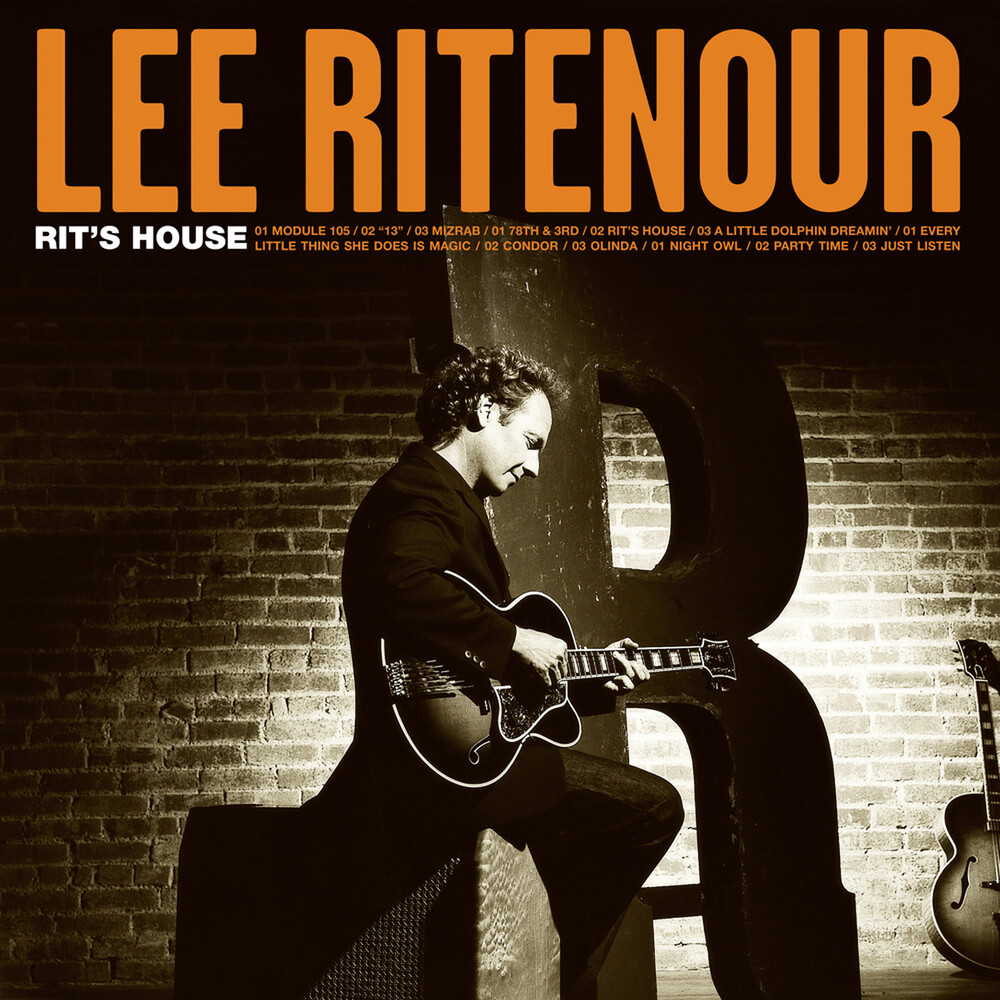 Rit's House, released in 2002, is an instrumental album except for the Ritenour & McDonald version of the Police's '81 hit song 'Every Little Thing She Does Is Magic'. Ritenour and the former Doobie Brothers vocalist transform the song into an adult contemporary/quiet storm ballad.Recorded on 180g heavy-weight vinyl to ensure quality sound, packaged in gatefold cover, and covered by premium protective vinyl outer sleeve.The 'Play 33 1/3 LP Series' is a 1st LP issue project of the masterpiece albums which have never been released on vinyl LP. The albums are released by Universal Music Korea and the heavyweight vinyl LP is pressed in Germany. Khiov designs the project, reforms the original artworks for the LP size and produces the sleeves precisely by handmade. You will have a chance to experience great analogue sounds and to enjoy splendid artworks through the series.'Creatively, Lee Ritenour has had his ups and downs over the years. Many of the guitarist's commercial pop-jazz efforts have wasted his skills as an improviser; when Ritenour is catering to NAC/smooth jazz radio, improvisation is the usually the first thing to go. But when Ritenour does have a chance to stretch out, he can be an appealing improviser. Although quite accessible, Rit's House is among his more memorable and substantial efforts. This 2002 release has a soul-jazz/post-bop outlook that often recalls the late '60s and early '70s; for the most part, it is the sort of album that guitarist Grant Green would have been comfortable recording during that era. But Ritenour's guitar playing owes a lot more to Wes Montgomery, who is obviously his primary influence on Gabor Szabo's 'Mizrab,' as well as original tunes like '78th & 3rd' (which features organist Joey DeFrancesco) and the dusky 'Olinda.' One of the album's best tracks has nothing to do with jazz: 'Every Little Thing She Does Is Magic.' Featuring former Doobie Brothers vocalist Michael McDonald, this interesting remake of the Police's 1981 hit is not only a departure from the rest of the album - it is also a big departure from the original version. While the Police's version was up-tempo pop/rock, Ritenour and McDonald transform 'Every Little Thing She Does Is Magic' into an adult contemporary/quiet storm ballad. That track is the album's only vocal offering; the rest of Rit's House is instrumental. Arguably, 1992's Wes Bound is still Ritenour's best studio album - certainly from a jazz perspective. But this album is also respectable, and those who enjoyed hearing the guitarist stretching out on that mostly straightahead disc will also find a lot to enjoy about Rit's House.' - Alex Henderson