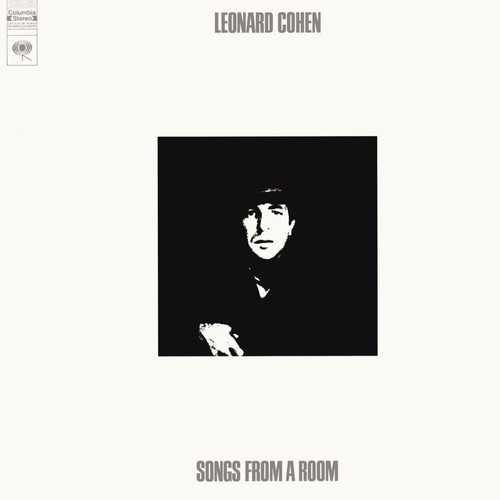 Songs from a Room
Artist: Leonard Cohen
Format: CD
New: Available at distributor, would arrive at Pure Pop in 1-4 days $10.97 $8.22 ON SALE
Wish

''Songs from a Room'' is the second album of Canadian musician Leonard Cohen. It reached #63 on the Billboard list and #2 at UK charts.

Cohen reportedly said he chose producer Bob Johnston to achieve the spartan sound he considered appropriate for his songs, after the disputes he had with John Simon during the mixing sessions of ''Songs of Leonard Cohen''. The album also features some prominent (if strictly ornamental) Jew's harp. The album's sound is thus closer to the archetype (or stereotype) of an "early" Leonard Cohen record.

In sheet music for the album, a song titled "Priests" was included, and although reportedly recorded, it didn't appear on the actual LP or any other Cohen record. The song was recorded by Judy Collins on her 1967 album ''Wildflowers'', and by Richie Havens on his 1969 album ''Richard P. Havens, 1983''.

In 2009, the album (including the bonus tracks listed below) was included in ''Hallelujah - The Essential Leonard Cohen Album Collection'', an 8-CD box set issued by Sony Music in the Netherlands. - Wikipedia