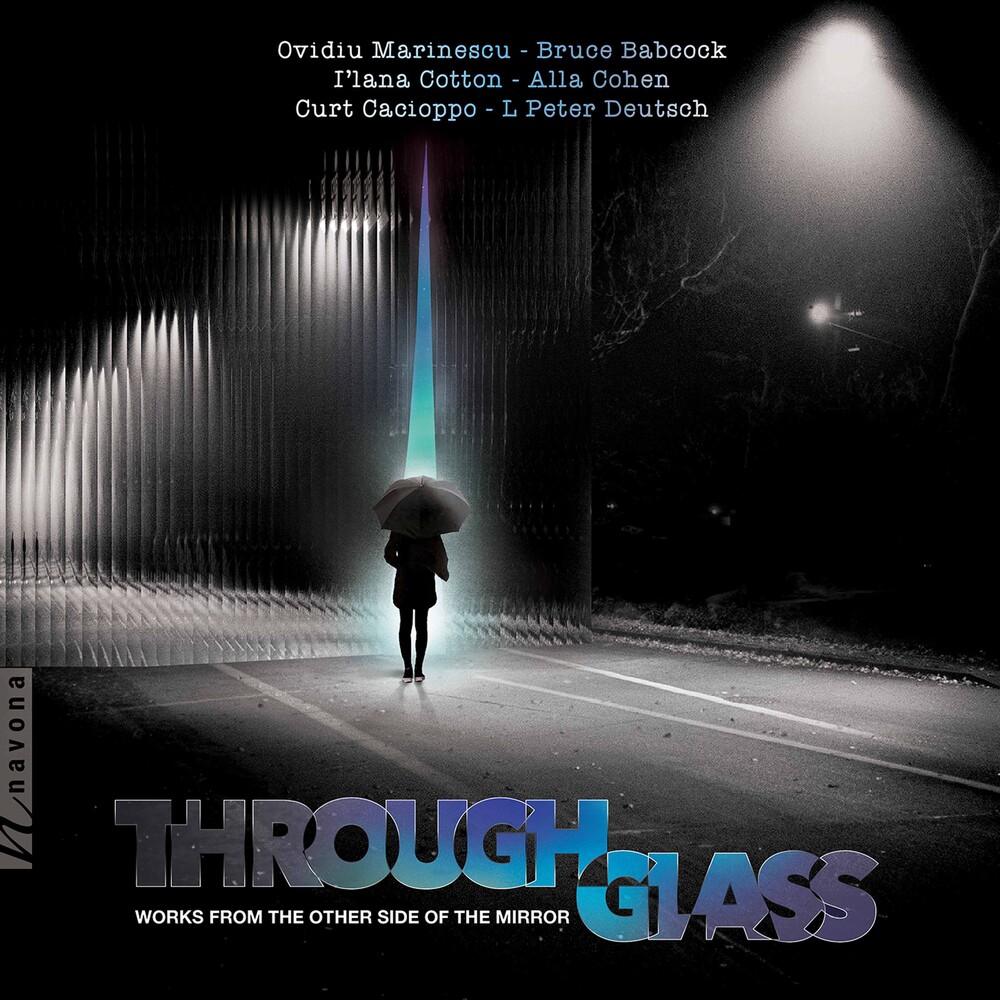 Through Glass
Artist: Through Glass / Various
Format: CD
New: Unavailable to be purchased or ordered at this time
Wish

Navona Records presents some of the finest American voices of modern serious music on THROUGH GLASS, a brand-new compilation of recently-created works for piano - both solo and in chamber setups. Ovidiu Marinescu's Rorrim for cello and piano makes the start. Loosely based on a motif by Johann Sebastian Bach, it could be called a concept piece: it's title, "mirror" spelled backwards, is reflective of the mirrorings and variations of Bach's fragment therein. Bruce Babcock continues on a similar note with his riskily-titled Alternative Facts, a piece for solo piano characterized by a deceptively simple, mechanical main rhythm repeated in complex harmonies. As announced in the title, a deliberate systematic confusion prevails, and with astonishing accuracy. I'lana Cotton's ambitious The Return for piano, violin, and cello bridges the gap between Ancient Chinese philosopher Lao Tzu and French avant garde composer Olivier Messiaen - and that gap is smaller than one might think. At 13.5 minutes, the work impressively centers around a beautiful dark mode and the melodic variations it generates. Alla Cohen's Three Film Noir Pieces were intended to be heard along two movies, Cat People and The Curse of the Cat People, both films from the WWII-era. Cohen's solo piano works reflect the composer's celebrated sophisticated style, and perfectly transport the eerie atmosphere of the films into music. Curt Cacioppo's Trio for Violin, Horn and Piano derives it's material entirely from solfège spellings of the names of the three players. The three-movement work cycles through a wide range of emotions, from whimsy to unhinged rage, and concludes with a quasi-tango with a political message. Peter Deutsch's fugue de Profundis Clamavi (roughly, "from the depths I have cried [to you, Lord]") is a calm reflection on the human longing that creates but also transcends religion. Inspired by Renaissance polyphony, this trio (set for conventional piano trio) calmly and conclusively rounds off THROUGH GLASS.