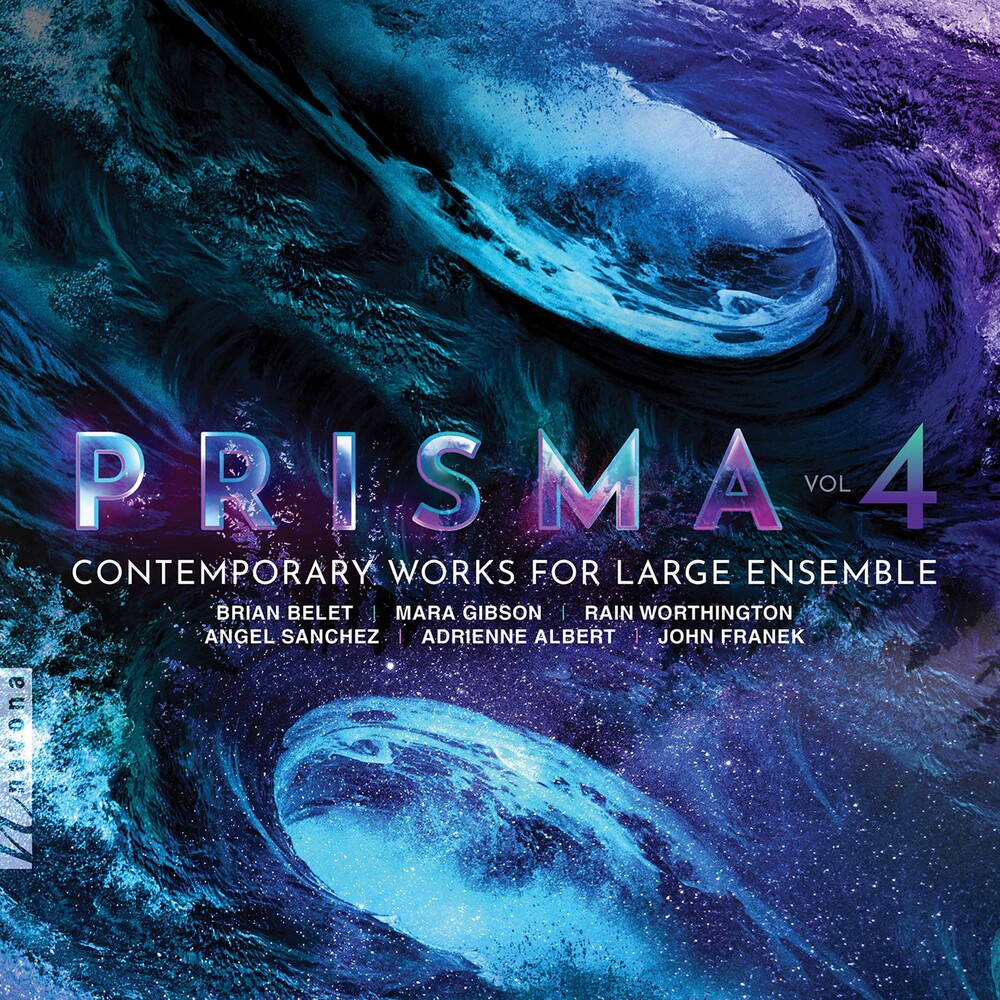 Navona Records proudly presents PRISMA VOL. 4, the fourth installment in the acclaimed PRISMA series showcasing the best of American contemporary composition. Brian Belet's three-movement string orchestra work Stellar Nebulae starts off the album. The multi-layered I. Emergence is aptly contrasted with the calm II. Contemplation, before culminating in the animated finale of III. Expansion. The structure is classical, the tonal language modern, but with influences reminiscent of Baroque concertos. Mara Gibson strives to paint an impression of a small island's ecology in Secret Sky. Completely novel and original in it's concept, this work is based on the migratory patterns of birds on Beaver Island MI. A similarly nature-themed inspiration is the background of Rain Worthington's Shadows of the Wind. It graphically evokes the changing silhouettes of leaves and branches cast on walls during a storm, mirroring the workings of the human subconscious. Next up is Angel Sanchez' symphonic poem A Laura, a three-movement dedication to a beloved woman. I. La petite Princesse is a feisty characterisation of the heroine, II. La mer et les Ă©toiles aptly portrays the beauty of the dedicatee's beloved sea and stars, while III. Feu is an uninhibited declaration of passion. There is an air of martiality to Adrienne Albert's Courage for Winds, it's beginning centered around a recurring snare drum beat. Commissioned by the Inland Empire Youth Wind Symphony Commissioning Consortium, it reflects the battle against adversity in a tonal language that is decidedly American. John Franek's Mithridates epically closes the album with a punch of DvorĂˇkian opulence: it's unbridled energy remains profoundly reminiscent of the highly dramatic Slavic musical tradition of the late 19th Century.