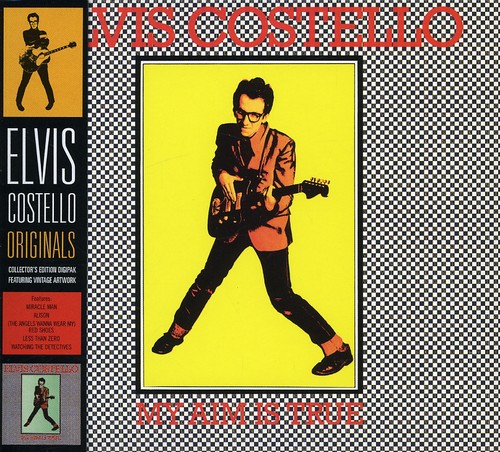 ''My Aim Is True'' is the debut album by Elvis Costello.

The album was recorded at Pathway Studios in Holloway, London Borough of Islington, over the course of 1976 during late-night studio sessions, in a total of twenty-four hours. It was the first of five straight Costello albums produced by Nick Lowe.

The musicians who were featured on the album were uncredited on the original release (due to contractual difficulties), although the backing band was made up of members of the band Clover.

On November 8, 2007, Costello reunited with the members of Clover from the original recording sessions to perform the songs from "My Aim Is True" for the first time ever in public at the Great American Music Hall in San Francisco. The event was a benefit for the , which assists those with Prader-Willi Syndrome. - Wikipedia