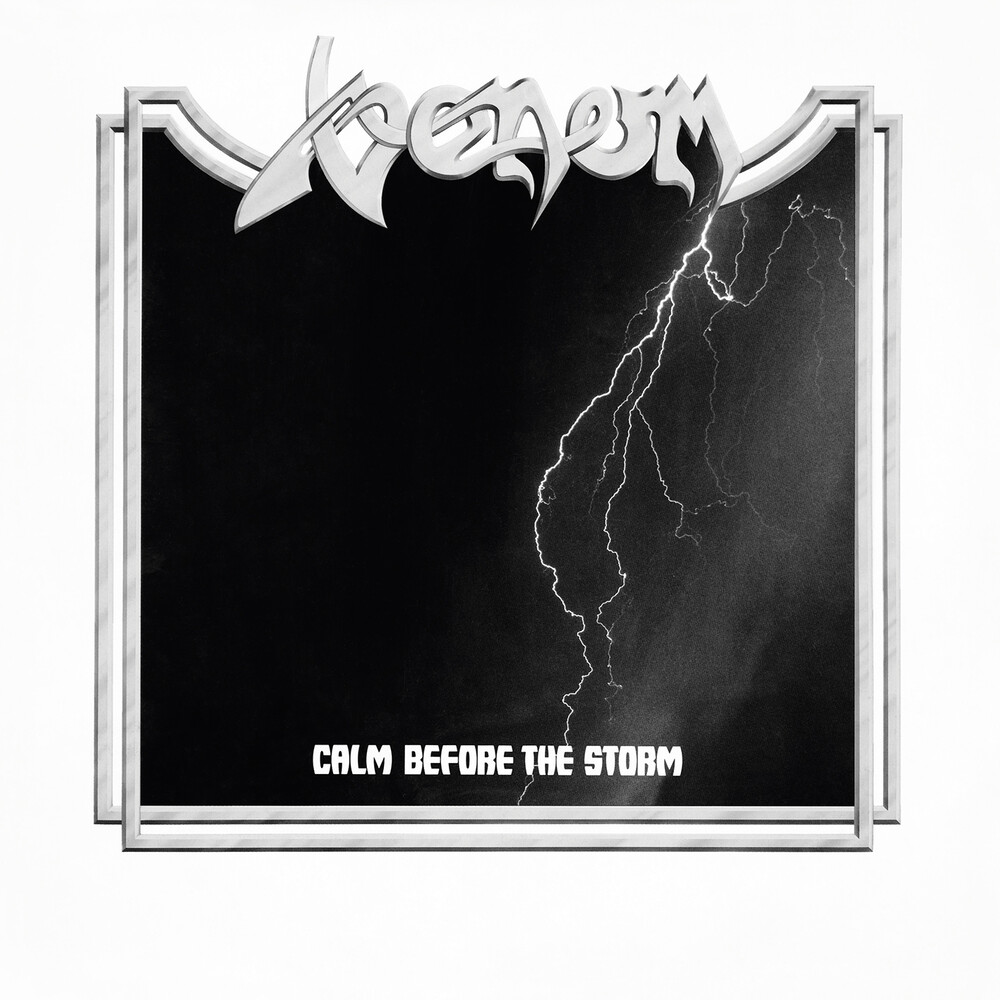 Calm Before The Storm
Artist: Venom
Format: Vinyl
New: Unavailable to be purchased or ordered at this time
Wish

Transitional 1987 effort Calm Before the Storm saw guitarist Jeffrey "Mantas" Dunn replaced by the double attack of Jimi Clare and Mike Hickey. This was a period when the whole thrash movement was at it's height, and the genre was starting to fragment. Some bands were becoming more sophisticated, while others were delving into altogether more extreme areas of music. It was an easy time for Venom, because they were unique and ground breakers, so a controversial new direction was perfect to keep the fans guessing as to what the band would do next. Determined to stick firmly to their own path, they certainly opened up their sound somewhat with Calm Before the Storm, enough to attract a new audience. While the sound of the album still had a brutal edge, nonetheless the dark imagery of the past had given way to a more nuanced approach.