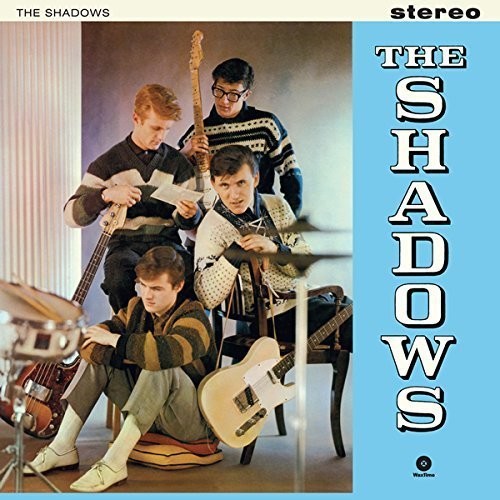 EU-only 180 gm vinyl LP pressing including two bonus tracks plus digital download. This special collector's edition includes The Shadows' self-titled debut LP, The Shadows, originally released in September 1961 and long unavailable on vinyl. This seminal album helped define the primal nature of instrumental rock. While most British bands of the period relied heavily on material from their American predecessors and contemporaries, The Shadows' debut album featured 7 original compositions, including the superb "Shadoogie" and "Nivram" which really showcase the talents of all involved. Written by Crickets' guitarist Sonny Curtis, the song "Baby My Heart" features Marvin on lead vocals. The LP includes two other vocal numbers, "All My Sorrows" and "That's My Desire," sung by Harris and Welch respectively. "See You in My Drums" and low-key instrumentals like "Blue Star" and "Sleepwalk" prove what great musicians The Shadows were. In addition to the original album, this WaxTime collector's edition also includes 2 bonus tracks from the same period, featuring the well-known hit-singles "Apache" and "Dance On!"
back to top