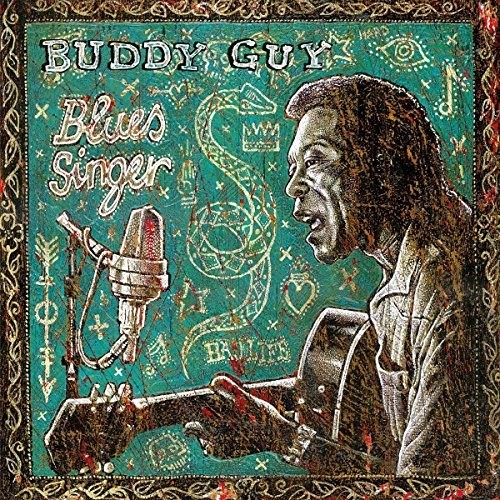 Limited double 180gm audiophile vinyl LP pressing in gatefold jacket. The album is all acoustic and dedicated to John Lee Hooker with the line, 'In Memory of John Lee Hooker. You are missed'. Not known for his acoustic work, Buddy Guy unplugs for a rare album-length excursion into folk blues. The guitarist gets down and dirty with 12 tracks that sound like they were recorded after hours in his living room or on his back porch. Guy's stinging leads are still evident as is his emotive voice, but both are less flamboyant in the unplugged setting. Accompanied by spare stand-up bass and brushed drums, Guy sounds nearly possessed on covers from Skip James ('Hard Time Killing Floor'), Johnny Shines ('Moanin' and Groanin'), Son House ('Louise McGhee'), and John Lee Hooker ('Sally Mae') among others. It's a low-key, low-down affair made for late nights, rainy days and the saddest of moods. Guy is just as convincing here, arguably more so, as on his barnstorming electric albums, making Blues Singer one of the bravest and most poignant albums in his catalog. The album earned Guy the 2004 Grammy Award for Best Traditional Blues Album.
back to top