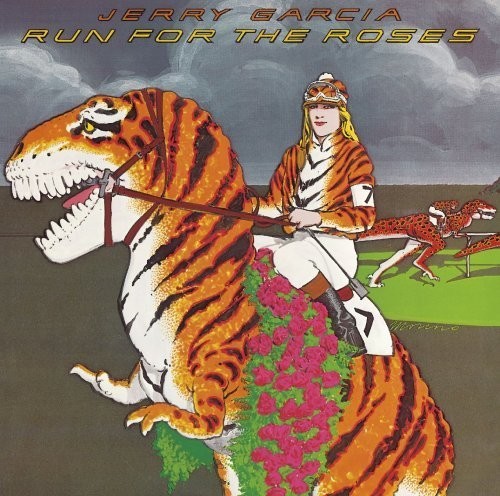 Vinyl LP pressing. Originally released in 1982, Run for the Roses is Jerry Garcia's fourth and final solo studio album. Produced by Garcia and John Kahn the track list includes several new Garcia/Hunter originals including the title track, "Midnight Getaway" plus choice covers of Bob Dylan and The Beatles among others. Run for the Roses features the first appearance by organist Melvin Seals who remained with Garcia for the next 15 years. The album artwork was created by legendary psychedelic visual artist Victor Moscoso. Jerry Garcia was best known for his work as the lead guitarist and as a vocalist with the band Grateful Dead, which came to prominence during the counterculture era in the 1960s. Although he disavowed the role, Garcia was viewed by many as the leader or "spokesman" of the group.