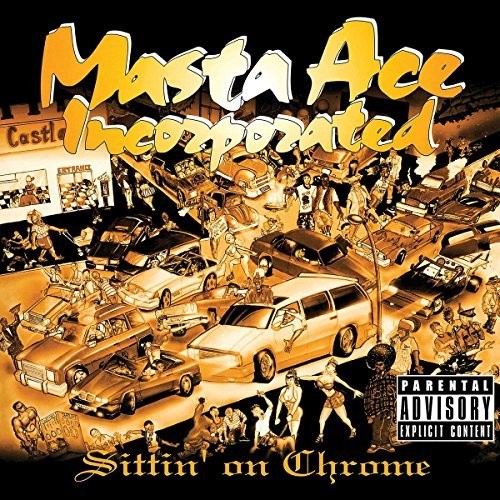 Double vinyl LP pressing. Sittin' on Chrome is the second and final album from Hip Hop group Masta Ace Incorporated, which includes Ace, Lord Digga, Paula Perry and Leschea. Ace followed the success of his 1994 hits "Jeep Ass Niguh" and "Crooklyn" (released with the Crooklyn Dodgers) with his most commercially successful album, which concentrated more on the West Coast/gangsta hip-hop sound that particularly became a popular trend among many artists nationwide since the mega-success of Dr. Dre's The Chronic. Sittin' on Chrome features the crossover hit "Born to Roll" (the West Coast remix of "Jeep Ass Niguh"), which peaked at #23 on the Billboard Hot 100 and was originally released as a hidden track on his SlaughtaHouse album, as well as two more Hot 100 hit singles, "The I.N.C. Ride" and the title track.