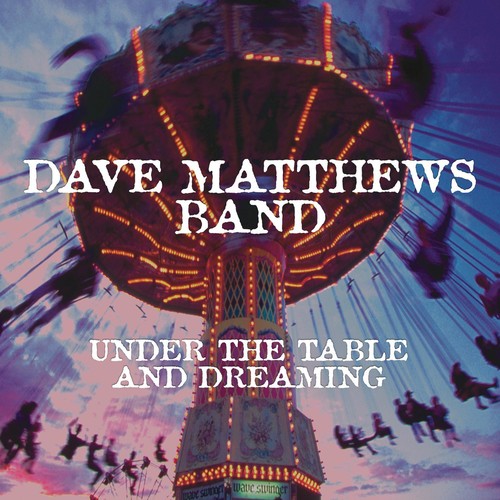 Under the Table and Dreaming [LP]
Artist: Dave Matthews Band
Format: Vinyl
New: Unavailable to be purchased or ordered at this time
Wish

Double vinyl LP pressing including digital download. Under the Table and Dreaming is the debut studio album from the Dave Matthews Band, released on September 27, 1994. By March 16, 2000, the album had sold six million copies, and was certified six x platinum by the RIA. The acoustic guitar tracks on the album were played by Dave Matthews and Tim Reynolds. During the recording sessions, Matthews and Reynolds would sit face-to-face with a piece of glass between them, playing the same guitar part. This was done twice for each song, resulting in four acoustic guitar tracks (two from Matthews, two from Reynolds) all playing the same part on each song. Producer Steve Lillywhite frequently turned the volume down on Matthews' parts and turned the volume up on Reynolds' parts, resulting in Reynolds' guitar playing being more prominent on the final album. Reynolds then overdubbed additional acoustic and electric guitar parts. The album was dedicated "In memory of Anne" for Matthews' older sister Anne, who was killed by her husband in 1994 in a murder-suicide. Included in the jewel case packet is a picture of Dave Matthews and one of Anne's children.